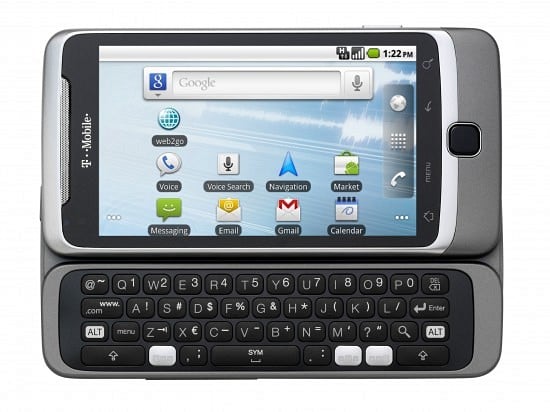 The T-Mobile G2 gives us a little reminder in the joys of owning an Android handset. If your Android smartphone isn’t trying to self-destruct after a hack attempt, it will fix itself instead. Although both results are not really the desired end goal for a would-be hacker, I’d choose the latter. And the latter is almost exactly what the T-Mobile G2 is doing when the hacking community tries to root that smartphone.

That said, this is pretty much some BS. To force a user to use one and only one version of Android is an anathema to the spirit and letter of the Apache license under which Android is given away by Google. This move proves that carriers see Android as a cash cow. They don’t really have to spend any money on development so they can spend plenty of money on locking things down to their liking. It also flies directly in the face of those who see Android as the “freer” alternative OS.

For its reputation as an open platform, it seems less open these days as carriers start to abuse and lock down the platform. Carriers like Verizon and Sprint are loading up their Android handsets with crapware that users don’t really want, but there is no viable option to delete those apps.

Moreover, some Android handsets on Verizon’s network are being offered with Microsoft’s Bing as the default search engine. I couldn’t think of anything more blasphemous on a Google-powered gadget.

Most Android fans have been looking forward to the G2 since it doesn’t come with any funky interface and T-Mobile tends to leave its Android handsets alone in terms of bloatware – much like the G1. But if the XDA Developer Community can’t do its thing and make the G2 a little more open to other software and customizations because the phone resets itself, it’s pretty much a lost cause for those tinkerers.

Wolfram Alpha's "computational knowledge engine" has found its way to Android after a lengthy stay on iPhone. You might recall...