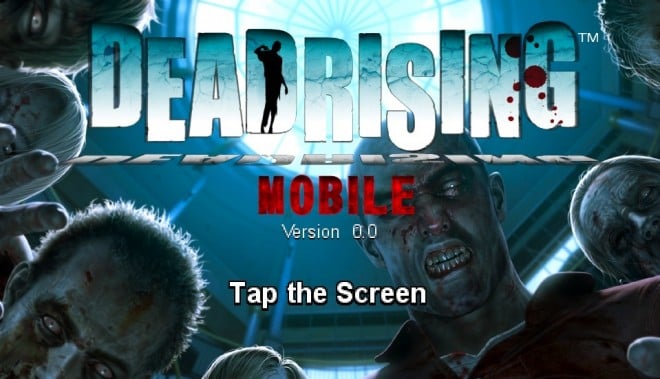 Just yesterday, James reported Capcom will be releasing an app on the App Store called “Capcom Arcade.” The app will bring many Capcom classics, such as 1942, Ghouls ‘n Ghosts, and Street Fighter II to the iPhone platform. But that wasn’t the only Capcom related news to recently hit the intertubes. It looks like Capcom will be releasing a totally new Dead Rising game for the iPhone platform this holiday season.

Dead Rising Mobile will feature Frank West, who if you recall nearly escaped the zombie outbreak at Willamette Parkview Mall. The game will have a completely new story and new events, but will still contain much of the hacking and slashing and timed Military rescue gameplay mechanics we’ve grown accustomed to in Dead Rising.

Capcom will be integrating Twitter and Facebook into the game in an interesting way. Sending out updates in your games via Twitter and Facebook in most iPhone games has just been a way to brag about your achievement, but in Dead Rising Mobile, it literally could mean life or death for you. When you die in-game, you’ll be able to place a rescue call. The rescue call will go out to your Facebook & Twitter friends, to which a link will be made available. If anyone clicks the link, they’ll be presented with a password which needs to be input in the Dead Rising app. If someone answers your rescue call, you’ll be revived without losing any PP. If your rescue call goes left unanswered, you’ll turn into a zombie which your friends will be able to spot in their game and kill them.

Capcom is hoping to release Dead Rising Mobile in time for the holiday season. Until then, why don’t you go practice your zombie slaying skills on the console version of Dead Rising, or even the recently released Dead Rising 2. I hear all the cool kids are playing it nowadays.

Swype shares some cool facts at the CTIA

It's CTIA time as you know, and Swype is using the event to share some cool figures with the media....