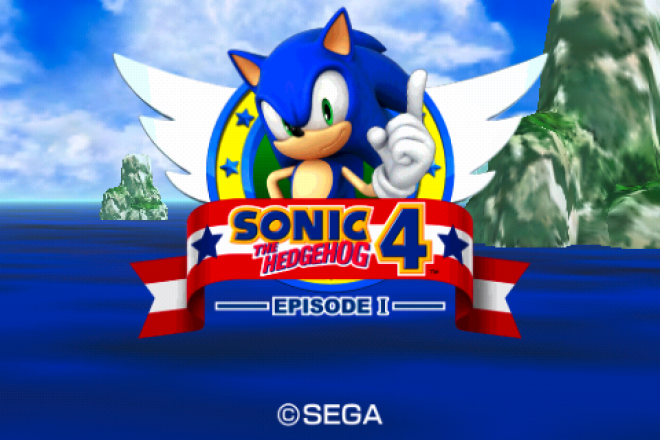 It looks like the day is finally upon us. We’ve been anxiously waiting for the arrival of the next iteration in the beloved Sonic the Hedgehog franchise for quite some time now (16 very long years to be exact). It felt like it was only yesterday when the announcement was made of its upcoming release. Then we were given a little glimpse of what to expect in the Lost Labyrinth trailer. And now, SEGA has finally let Sonic the Hedgehog 4: Episode I loose onto the iPhone.

Sonic the Hedgehog 4 is a direct sequel from the original Sonic and Knuckles game, which was released 16 years ago. It features much of the same classic gameplay elements you’d expect from a Sonic game. You’ll collect rings and defeat Badnicks with classic moves as well as newer ones such as the Homing Attack as you make your way through 4 unique zones with 4 acts each, as well as 7 additional special stages. There are also 2 additional levels that are completely exclusive to the iPhone platform. Not only that, but the iPhone version is officially the first one to be released ahead of the Xbox LIVE Arcade and Playstation Network.

If you’ve played other Sonic titles on the iPhone, then you’ll be happy to know there isn’t any on-screen controls to take away from the beauty of this game.  Instead, you’ll use the iPhone’s accelerometer in order to move Sonic left & right. To jump, all you have to do is tap on the screen.  The game will also feature boss battles with Dr. Eggman (aka Dr. Robotnik for the more hardcore Sonic players) which will certainly challenge die-hard Sonic the Hedgehog fans.

You read right, EA Mobile is indeed putting together a new SimCity game for iPad, and it'll be called 'SimCity...