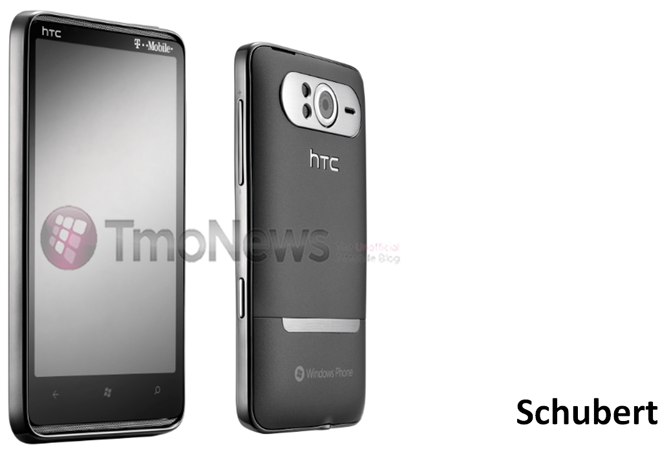 Windows Phone 7 will be unveiled tomorrow, October 11th, and the last-minute rumors are dropping left and right. The latest leak provides some new renderings and details on the T-Mobile HTC HD7. The HTC HD7 was spotted with the codename HTC Schubert on a leaked T-Mobile roadmap from early July. Since that initial leak, the HD7 has been spotted in the inventory systems for both T-Mobile and O2 Germany, where it was listed with a price tag of €79 ($103 USD) with a two-year agreement, and a €20 ($26 USD) monthly tariff. 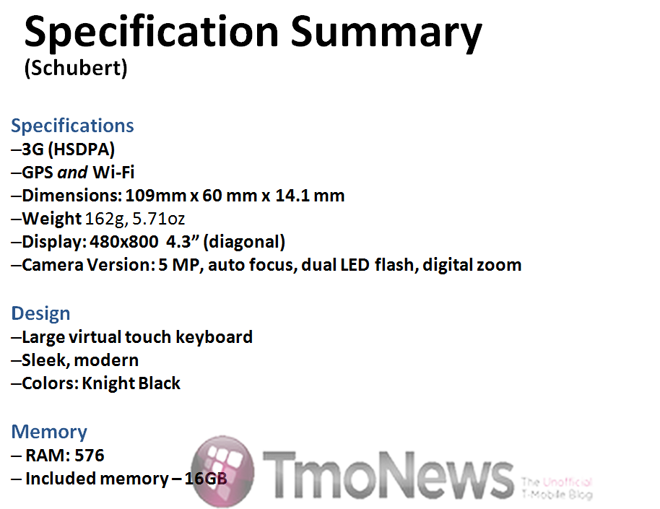 Previously leaked specs for the HD 7 fall in line with Microsoft’s hardware criteria for Windows Phone 7 and include a 1GHz processor, 4.3-inch touchscreen display (480×800), 576MB RAM, 5-megapixel camera with auto-focus and dual LED and support for Magenta’s 1700MHz 3G band. This latest leak confirms that the T-Mobile HD7 will launch with 7.2Mbps HSDPA, 16Gb of on-board storage, and a color choice of Knight Black. The HD7 is expected to land in early November for $199 with a two-year customer agreement.

T-Mobile is expected to launch Windows Phone 7 with the HD7 and possibly the PD29100, an unknown handset from HTC that was recently spotted exiting the FCC with support for T-Mobile’s 1700MHz AWS band. Look for these two leaked handsets and possibly others to become official in the next week. Don’t forget to mark your calendars for October 11th as we will be live at Microsoft’s big Windows Phone 7 launch event.

Samsung Galaxy Tab to land on T-Mobile for $399 with MIR and 2-year contract?

With a launch that is imminent, all the details on the Samsung Galaxy Tab are slowly being revealed. The specs...