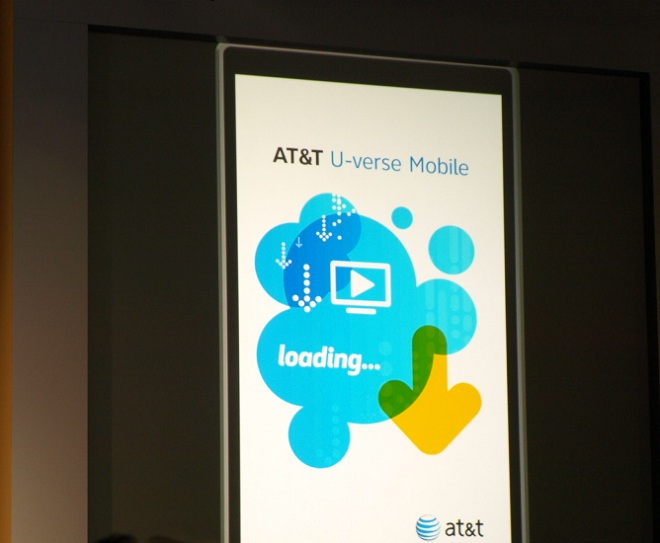 As you may know, Windows Marketplace for Mobile will be the only way to get apps on your Windows Phone 7 smartphone. During the introductory press conference, the software giant brought out some app partners who showed what the platform will be capable of.

AT&T will be the “premiere” carrier for the new smartphone OS and the company will also be bringing a U-verse app to Windows Phone 7. As we’ve seen on the iPhone version, the U-verse app will enable Windows Phone 7 users to access their TV guides, schedule recordings and you should be able to download programs and watch them on the go.

eBay and IMDB also showed off apps and both looked smooth and solid in bringing you what you’d expect from these types of services. These provide standalone experiences but also still neatly fit in to the Windows Phone 7 user experience.

Electronic Arts also showed off some of its programs for Microsoft’s upcoming smartphone platform and you’ll be happy to know that “The Sims” and other games will be at your fingertips. When you combine this with the strong Xbox Live integration and the 3D gaming, Windows Phone 7 is shaping up to be a major mobile gaming player.

Microsoft has also been paying developers to create apps for this platform, so the Windows Marketplace for Mobile should be filled with high-profile apps like Shazam, Netflix and Twitter before too long. It’s not going to match up against the App Store or Android Market in terms of sheer volume but it should have many of the apps people expect to be able to download to their phones.