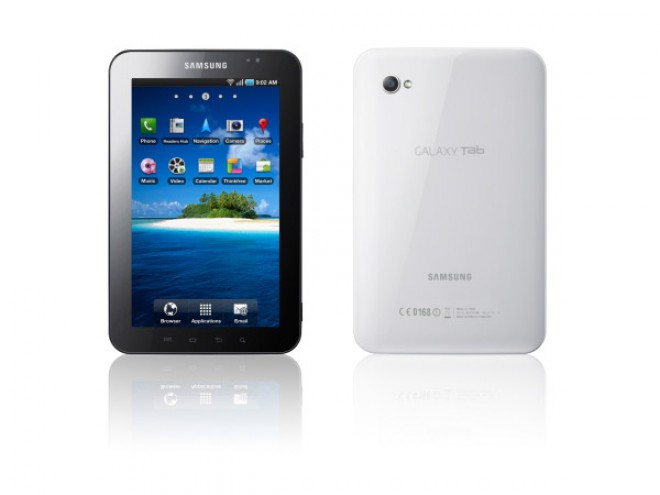 We previously assumed that AT&T would be the first US carrier to launch the Samsung Galaxy Tab on this side of the pond, but Verizon may beat them to market if recent rumors come true. The rumor pegs the Verizon launch of the Galaxy Tab for November 1st.

The Galaxy Tab is a strong competitor to the iPad on paper, and after getting a little hands-on time with it at CTIA, I’d have to agree. The Tab bests the iPad in many ways, from having two camera, a superior processor (GPU), DLNA support, Flash support, to being able to fit it into your back pocket, the Tab takes the iPad to school. The iPad, even with none of these features/capabilities is no chump though. The iPad’s app selection is much larger than what you’ll find on the Galaxy Tab, and it has a higher screen resolution. Although the Tab has more pixels per inch, we’ll give the iPad the win for a larger, higher resolution display.

We’ve also heard that Sprint may be launching their Galaxy Tab on November 14th, but that information also comes from the rumor mill, so do with it as you will. If Verizon can get this thing out before AT&T, it may have a chance to nab some of the potential customers from the No. 2 US wireless carrier (by subscriber count). We’re still not sure when T-Mobile will be launching the Tab, but we’ve heard that they may be selling the thing for $399 with a $50 mail in rebate on a 2-year contract. If this turns out to be true, we’re wondering if Sprint, AT&T, and Verizon will price the Tab differently.

If the $399 price point turns out to be true, would you buy one? It would have been nice to hear that as the price off-contract, but it just sounds like a little much after a carrier subsidy. Top it off with a required data plan and the Tab is starting to look less and less appealing. In either case, the Galaxy Tab is still a great product, and will likely find its way into many hands.

As far as Verizon goes, many people are still looking forward to the mysterious Stingray Android tablet that Motorola is cooking up, so it may benefit the largest carrier in the US to get this thing to market before the others. Either way, the 1st can’t come soon enough!

What do you think about the Tab? Will you buy it on launch day, or are you going to wait a couple of more months and wait to see what the tablet market looks like then?