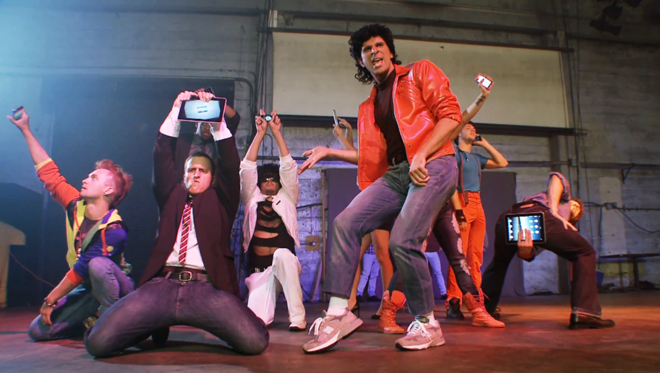 This doesn’t quite stack up to my Michael Jackson “Beat It” parody standard set by both Weird Al Yankovic and some creative Team Fortress 2 modders, but it’s still pretty funny for those in the mobile space. Tweet It takes rival gangs of iPad owners and iPhone owners, and pitches them into an unlikely battle that percolates over Twitter, and culminates in two different breeds of tech geek prodding each other awkwardly with portable electronics.

Michael Jackson supposedly had a sense of humour about Weird Al’s parodies, though the estate that remains after his death didn’t take too kindly to the dancing zombie in Plants vs. Zombies. Regardless, I kind of wish that they picked two phones that are actually in competition, like, say, Android and iPhone.

Anyway, here’s Tweet It, followed by the Michael Jackson original on the tragic off-chance that you’ve never seen it.