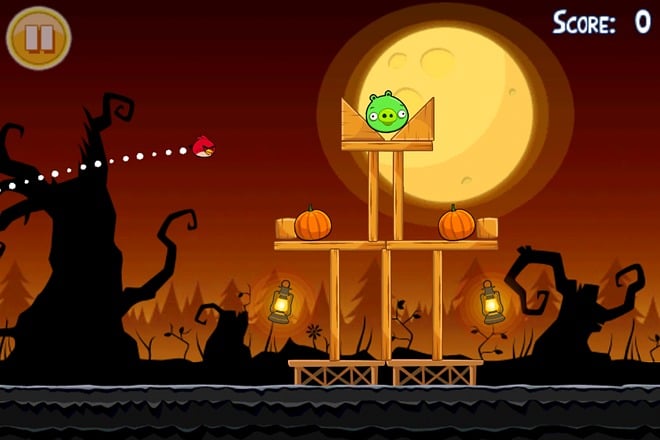 This morning I was excited to find a new version of Angry Birds in the iTunes store. It’s a Halloween special edition that’s available only for iOS. Of course, there were no surprises here as it was announced yesterday that the new version of the game would be arriving today. What do I think so far? Awesome.

If you’re an Angry Birds addict and you’re looking to spice up your iPhone gaming life, you should pick up the Halloween version which is going for just $0.99 in the iTunes store. For the cost of an additional shot of espresso or two in your latte, you’ll get 45 new levels on which to waste your working hours and you’ll get to see the new animations and backdrops in the game.

The folks over at Rovio are clearly keeping up with the demands that have come along with success, so I’m really looking forward to other games and apps they crank out in the future. In the meantime, I’ll be searching high and low for those Angry Birds plush toys we’ve seen on the Internet while the movie, cartoons or comics get made.

In a research note released on Wednesday, analyst Ashok Kumar addresses Motorola's current financial state and its future prospects in...