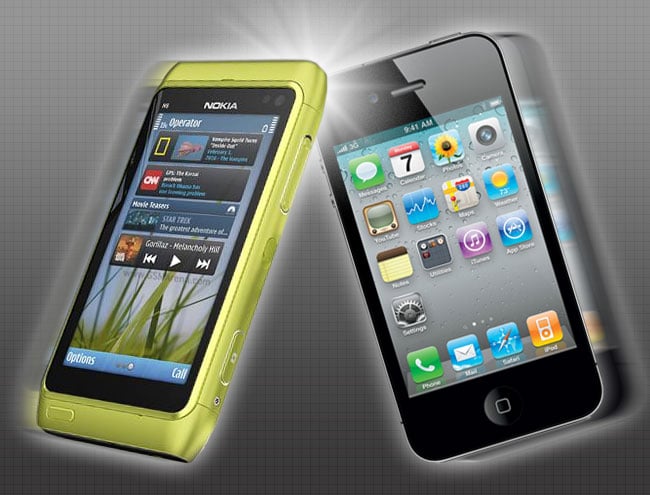 While Nokia is suffering a mass exodus of execs and its latest flagship – the N8 – received horrid reviews, it’s still managing to outsell Apple’s iPhone 2 to 1 in terms of smartphones. Of course, this isn’t a surprise since the Finnish company has a tremendous global presence and is the world’s largest mobile phone manufacturer.

A Bloomberg story reports that the struggling Finnish giant sold 26.5 million smartphones in the quarter, exceeding analyst expectations in its 61 percent increase over the year before during the same time period.

But in the United States, Nokia devices account for only 7.6 percent of the market share, as of August, according to comScore. (Samsung is the feudal overlord in this category, with LG, Motorola and Research in Motion bowing down to it ahead of Nokia, in that order.)

Again, as expected, Nokia is doing much better globally than it is in the United States. But with Android and the iPhone constantly expanding its global footprint, one has to wonder how long those Finns can sustain this success – if you can call it that.

We’ve mentioned it here on IntoMobile several times that value share is taking over market share. Several folks have pointed out that huge companies like GM have sold tens of millions of products, but that doesn’t mean they are necessarily any good. Moreover, it was recently noted that Apple’s profits and earnings were much higher than HTC, RIM, Nokia and Motorola combined. So while Nokia is selling more smartphones, Apple’s raking in all the dough.

Apple only shipped 14.1 million iPhone handsets during the quarter, whereas the Finnish smartphone maker shipped 26.5 million – nearing double the sales of the iPhone. Of course, there are only two models of the iPhone being sold to date – the iPhone 4 and 8GB 3GS – while there are a number of Nokia smartphones on the market.

Additionally, Nokia is cutting 1,800 jobs from its Symbian and Ovi legs and is focusing its efforts on MeeGo. I’d say this is the wiser move given the frustration that most technology journalists expressed during its review of the N8. One respected and knowledgeable journalist even said he “wanted to throw this phone through a window, it was so frustrating to use.”

AT&T has posted one killer quarter thanks to the Apple iPhone. We already knew that Apple had strong numbers after...