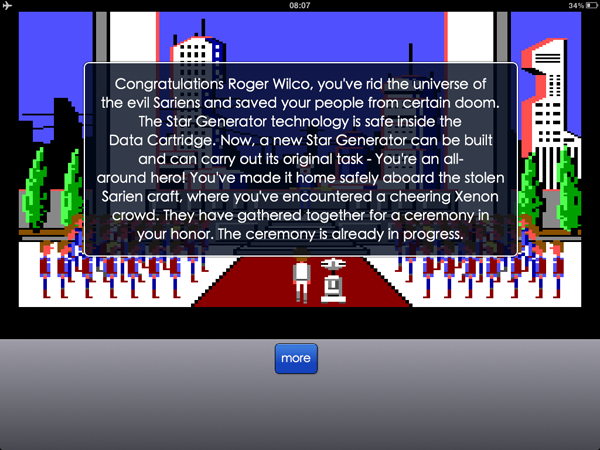 If you’re as much of a fan of retro-games as I am, you’ll remember my post from the other day about Martin Kool, and his ‘Quest’ to bring classic Sierra games to the iPad.

Well, since that first post, Martin has been in touch with me, and he tells me that his work on Space Quest for iPad is almost done. He explained that the port is ‘completely playable from start to finish’, and from the screenshots I’ve seen… it looks retro-tastic.

When Martin makes the game available, it’ll be playable in landscape mode. Rotating to portrait mode will reveal special ‘save slots’ that can be used to save your progress. The cool thing is, as you save your games, the background from the point at which you left off is the ‘thumbnail’ image for the save. It’ll be handy for knowing where you left off, making it easier to jump right back into the action.

Martin still has a few kinks to work out, but he will apparently have a demo available in the next few days for the media (don’t forget me, Martin!)… and to follow, a public release could come as early as next week.

Note: If I get a kick out of Space Quest, and the many other games Martin has on tap for the iPad… I’m going to have to request a few Commodore 64 titles! 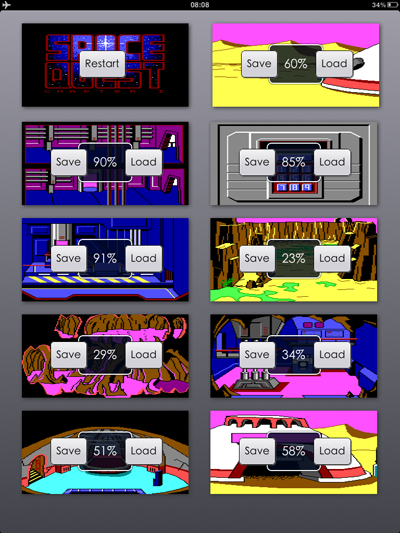 Several months ago my 4 year old 15 inch IBM ThinkPad T61 died and I immediately panicked since it was...