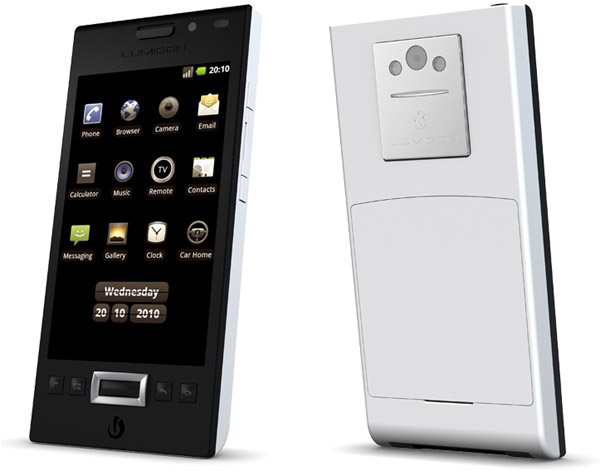 It was during this year’s Mobile World Congress when a newcomer to the mobile world — Copenhagen, Denmark-based Lumigon — unveiled its Android smartphone line-up. Now one of their devices is about to start selling and we’re somewhat excited considering just how cool it looks (and sounds).

The name of the model is T1 and there are few things that make this a special smartphone:

Specs wise, the T1 gets its power from the Freescale i.MX515 processor (we’re not sure about the MHz count), and there’s also a 3.5-inch WVGA (480×800 pixels touchscreen), HSDPA modem and so on.

As for the availability, Lumigon’s all-touchscreen baby will reach the distribution outlets in selected markets by the very end of this year, with the major volumes arriving during the first quarter of 2011. The sister product S1 (slider) is expected to be launched during Q3 2011.

Just as we expected, Japanese NTT DoCoMo will start selling the Samsung Galaxy S (model SC-02B) this month. The date...