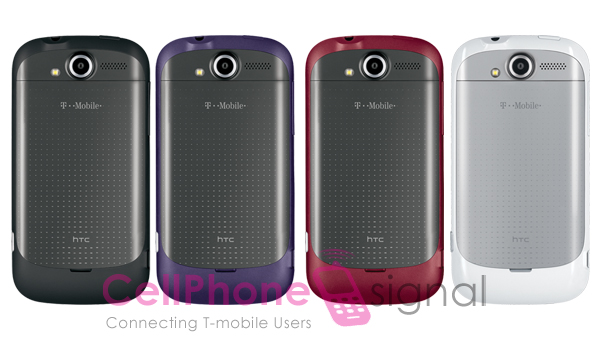 Let’s get this out of the way first: the new myTouch from T-Mobile is not a 4G phone. T-Mobile’s HSPA+ network is not 4G technology no matter how much they want to tie the words “4G” and “speed” together. Now that it’s settled and there won’t be any confusion regarding the new myTouch name, let’s get on with what it’s going to look like.

You’ve already seen the face of the new myTouch from T-Mobile, but what we haven’t seen until now is the sexy back which reveals the four colors that the new Android smartphone comes in. Those colors are black, plum, wine and white. Not too bad and rather subtle – none of these colors scream, “Look at me!”

In case you forgot, here are some key specs for the new myTouch:

This should be a pretty decent new device, and super fast, coming from the nation’s fourth largest carrier. And now you have a better idea of what it will look like, too.

SCVNGR has released a new version of its location-based gaming app for the Apple iPhone and Android and the latest...