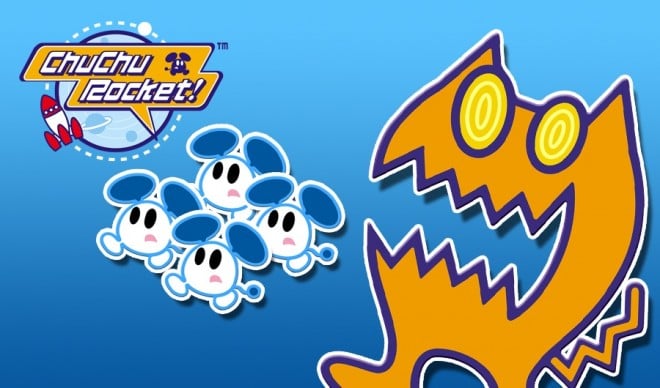 A couple of weeks ago, I was invited by SEGA to check out a preview version of their upcoming game Chu Chu Rocket for both the iPhone & iPad. I wrote up a preview of the game right after the event and I thought the game looked and performed great for it originally being a Dreamcast title.

Now that Chu Chu Rocket has been released, I had some serious time with the game. I rescued countless Chu-Chus, accidentally and purposefully fed Kapu-Kapus, and smacked my head against the wall in frustration over the some of the game’s more difficult puzzles. But did I have any fun playing it? 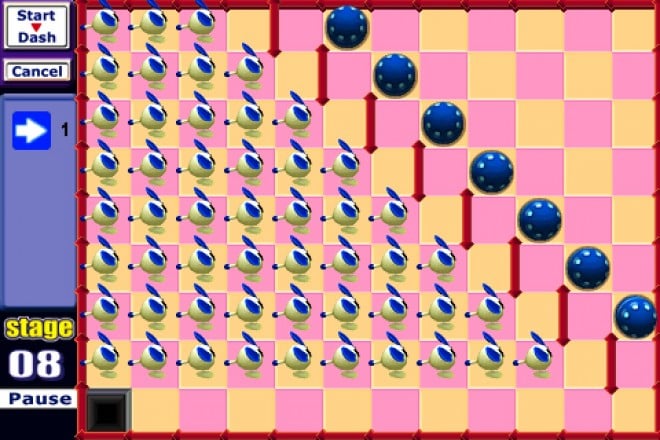 Chu Chu Rocket for the iPhone and iPad is a port of the original Dreamcast title with touch-screen controls specifically engineered for the iOS. The concept of the game is simple: help guide small space mice named Chu-Chus into their rocket ships while avoiding obstacles such as pits and Kapu-Kapu. The game has a total of 144 maps spread across three modes of play: Puzzle, Challenge, and Multiplayer.

Puzzle mode consists of the classic Chu Chu Rocket gameplay element, which is to guide Chu-Chus through a level to their rocket ships without any time limit. Each level only allows a certain number of directional pads to be placed in order to help guide Chu-Chus. Placing the directional pads is as easy as placing your finger on a spot and then dragging in the direction of one of the pads. In order to remove the pad, you tap on it to bring it back to your direction pad queue. Early puzzles offer little to no challenge to help players understand the gaming mechanics, while later levels offer quite a challenge and require a bit of strategy in order to complete the puzzle. Chu Chu Rocket has a nice increase in its puzzle difficulty, so the game doesn’t get frustratingly hard for a while. 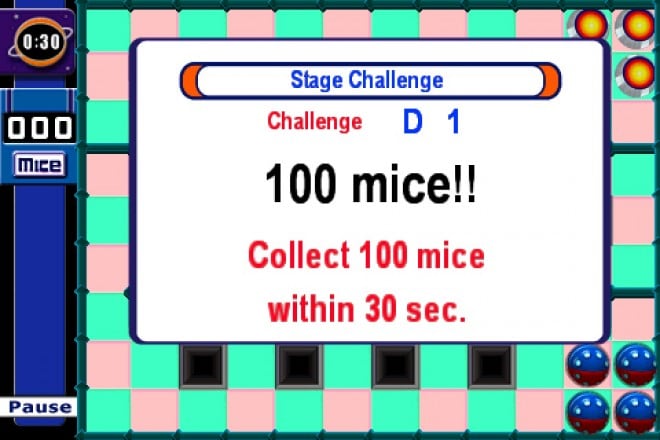 Challenge mode offers a nice little spin from the monotony of saving countless and thankless Chu-Chus by guiding them to their rockets. Each level in challenge mode offers a different task to complete, such as getting as many Chu-Chus in their rockets within a certain time limit, or feeding Chu-Chus to a Kapu-Kapu within a time limit. In Challenge mode, directional pads are unlimited so you can put down as many pads as you deem necessary. This definitely helps as some challenges could get quite frustrating, so you’ll need all the help you can get. 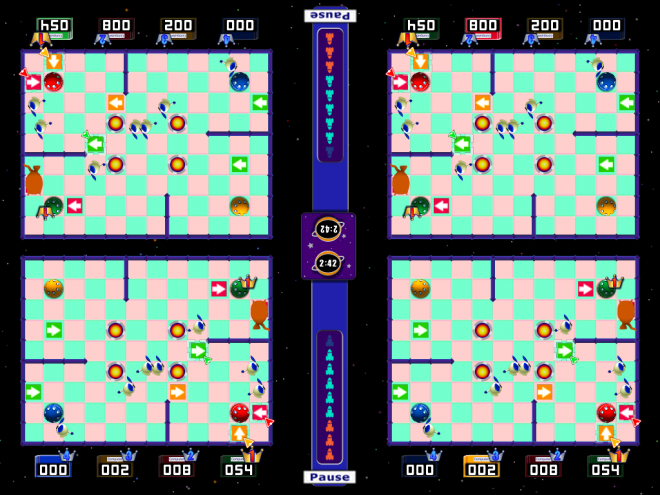 The mode where I had most fun in was in Multiplayer mode. In multiplayer mode, you can play against 3 other opponents which can be other players over Bluetooth and Wi-Fi, or AI opponents. The iPad version of Chu Chu Rocket allows for same device multiplayer play, which I found to be a lot of fun, although a bit dangerous at times. The goal in multiplayer is to guide Chu-Chus to your designated rocket. This may sound like an easy task, but keep in mind you have 3 opponents who have the same goal as you do. During a multiplayer match, a random roulette wheel will pop up and change the game completely by adding more Chu-Chus to the playing field, only Kapu-Kapus, or by changing the speed of the game as well as a number of other random effects. The roulette wheel’s affects only last a couple of seconds, but sometimes those few seconds could change the game completely. ChuChu Rocket comes with 24 multiplayer maps to play on which will certainly offer many hours of multiplayer mayhem once you complete the Puzzle and Challenge modes.

As part of its "One Million Eco Challenge" initiative, AT&T launched Eco App on the App Store in an effort...