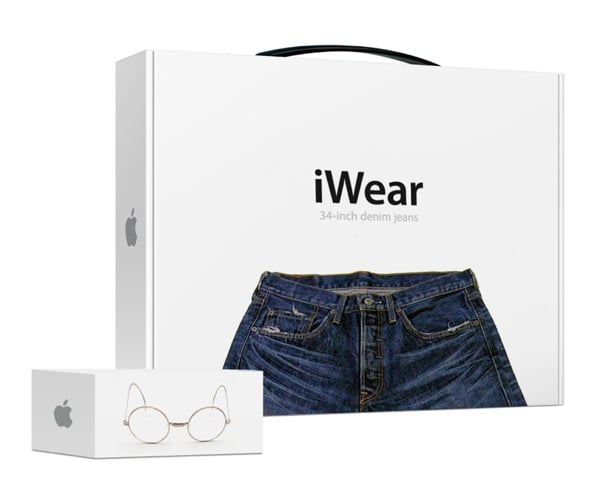 It’s that time of year again, when girls dress down and dudes dress up to celebrate Halloween – so why not spend this year’s costumed festivities dressed like Steve Jobs? The folks at Scoopertino have “unveiled” Apple’s latest, Steve Jobs-inspired, iWear fashion line just in time for Halloween. Armed with the “Think Different, dress alike” tag line, Apple seems to be setting their sights on the hoards of Mac and iPhone enthusiasts that just can’t resist the urge to vogue out, Steve Jobs style. 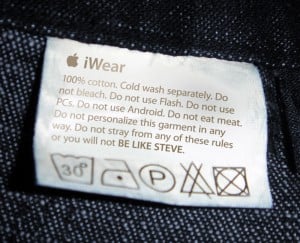 On the topic of why the Mac computer and iPhone smartphone maker has decided to try their hand at a market already saturated with trend-setters Prada and Gucci, Apple said that “this is the next logical step.” And rightly so. As the Cupertino-based technology company explains, “since Steve controls so much of our lives anyway, it just makes sense to let him dress us too.” We couldn’t agree more.

Imagine, going trick-or-treating (what, it’s not like we’re the only adults that still creep around neighborhoods looking for hand-outs – this is San Francisco, people) and seeing droves of Apple fan sporting black mock-turtle neck sweaters, slightly frumpy blue jeans and wire frame glasses as their costumes. Wouldn’t that be a sight?

In case you couldn’t tell, this is a joke. As much as we’d like to see the cult of Apple take fanaticism to the next level, iWear (or any other official Apple costumes) is just not going to happen anytime soon. Props to Scoopertino for the excellent iWear mockups, though!

Yesterday, Apple admitted that they've delayed the white iPhone 4 until the spring (although other rumours say it's been canned...