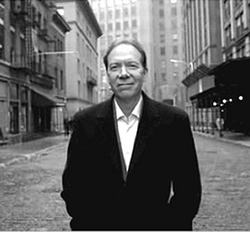 Sprint is continuing its WiMax expansion nationwide, with New York City officially launching tomorrow, but it has been toying with the idea of LTE for a while now. While Dan Hesse, Sprint CEO, has mentioned that it wouldn’t rule out the possibility of LTE in the future, he is now saying, ““Our 4G strategy is WiMAX, full stop.” He also says that folks should ignore the talk of LTE and the possibility that Sprint might switch to it in the future.

“When we had the opportunity to move into 4G, WiMAX was the only 4G interface, and it was perfect with the spectrum we owned (2.5 GHz),” said Hesse. That early move gives his company an advantage over its competitors, which are going to be rolling out their 4G networks later this year or next year. “We moved to establish the network because we didn’t want to wait, and we believe that being first to the market is an advantage.”

Being early to market certainly has given Sprint some advantage. It added 644,000 new subscribers over the summer thanks to 4G/WiMax capable devices like the HTC EVO and Samsung Epic. Those Android devices also ended up costing Sprint in upgrades and updates, however.

And while Hesse has mentioned LTE in the past, it doesn’t seem like it’s remotely in the plans at all. Clear, whose spectrum has been merged with Sprint, also uses WiMax for its fourth-generation broadband services but successfully ran some LTE tests very recently. Hesse says that the tests were run “in case we have multi-modal phones with other air interfaces, we can add LTE on top of WiMAX and run both networks.” They just have that much available spectrum.

So if you’re worried about WiMax dying out before its time, or whether your 4G Sprint handset is going to become inoperable any time soon, it doesn’t look like the carrier is going to be abandoning its current broadband technology any time soon.

The DROID 2 Global is nearing its anticipated launch date and the pace of rumors is picking up. This world...