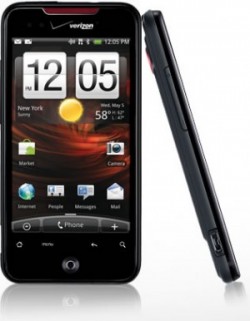 A recent study at the kernel used in the HTC Droid Incredible for Verizon has found the handset has programming flaws. The kernel is the heart of the OS, and as with humans, if you’ve got a problem with the heart, you need to take it seriously.

Although the problems were found in the Droid Incredible, it’s possible, even likely, that these issues could be found in other handsets running the Android operating system. This definitely shouldn’t be taken lightly. As the world moves into the world of mobile for their go-to way of accessing the internet, more sensitive information is going in and out of these devices. Because we are becoming more focused on mobile devices, hackers are also taking notice, and vulnerabilities within the core of an OS can lead to hackers gaining access to very sensitive information. Hell, your apps already collect information on you at this point, so hopefully something like this will get people’s attention.

Security flaws aren’t just limited to Google’s OS, as many mobile operating system have had errors that could potentially be exploited by hacker’s. The issues can be patched with a software update, and we can imagine that once Google and HTC have found the security issues with the kernel in question, an update will be released to fix said flaws.

At one point, BlackBerry was the go-to mobile phone for businesses, and still remains the enterprise leader, as its security is the most appealing to such businesses. But the mobile landscape has changed, and now iPhones and Android phones are being picked up by businesses. The problem is that mobile security on these platforms may not be as strong.

The study conducted shows that Android has less kernel flaws than other open-source OS’, 88 flaws in the kernel were “high-risk defects.” This isn’t as simple as the Incredible saving screenshots of the sites you went to, which were easily removable. This is much more serious, and if the wrong people find the right exploits within the Incredible, or any Android phone sharing the same vulnerabilities, the consequences will not be beneficial for HTC, Google, and of course, the end-user.

But people need to remember that since this is an open-source project, these errors can be found much easier than other operating systems, as they are displayed to whoever wants to see them. That said, it’s a bit of a double-edged sword, because those with malicious intentions can also get access to this as well. If this were just an HTC issue, which is likely isn’t, then other phones running the Sense UI could have the same issues as well.

We’re sure we’ll be hearing more of this soon, and see if it was Google’s or HTC’s fault behind this. But rest assured, this will likely be fixed as soon as the issues are addressed on the back-end. We should warn you, don’t go around thinking this will be the last time we hear or potential security threats for Android, or other mobile operating systems for that matter.

On a related note, aren’t you ready for the Incredible HD already?

Meet 8pen, another Android keyboard with a steep learning curve

There are many keyboard replacements available for Android these days, most of which are much better than the stock Android...