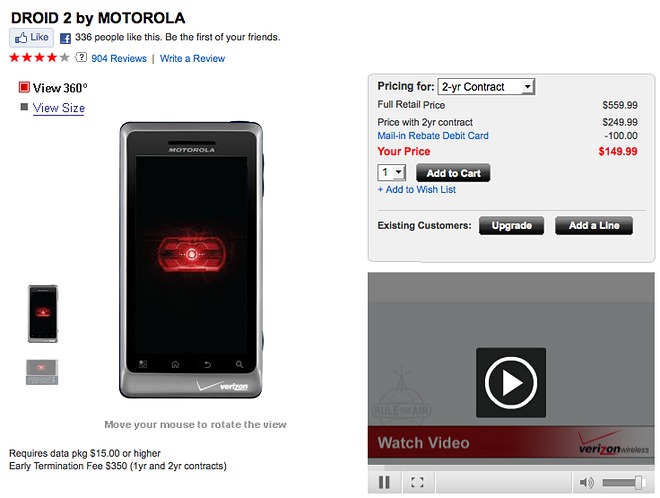 If you’ve been holding out for the Motorola Droid 2, now would be a good time to grab one as Verizon has just dropped the price $50 to $149. With a host of new and competitive Android devices being released – like the T-Mobile G2, it looks like the original Droid form factor might be seeing its last days unless the world edition phone comes out very soon. Of course, it wasn’t without a little resurgence in the form of the Star Wars Droid R2-D2 special edition.

Looking to grab one today? Hit the link below. Remember that Android 2.2 powered device is going for $149 after a $100 mail-in-rebate and a two-year contract. If you’re not aching for the world edition phone coming from the carrier, and maybe spending the extra dough on the R2-D2 model isn’t justifiable, this is a pretty good deal from Big Red.

This is just a quick update for the TELUS HTC Desire users out there. If you have one in-hand, you're...