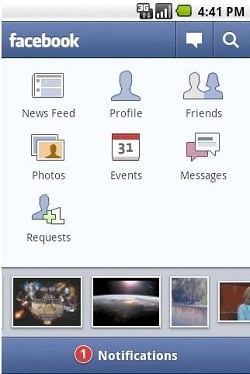 Facebook said that it will finally be trying to bring its Android app up to par with the iPhone version and the latest version will bring things like Places and Groups to your little, green robot.

During an event Wednesday, Facebook CEO Mark Zuckerberg admitted that the Android version wasn’t quite as robust as the iPhone version and that’s something any Android user could quickly tell you. Part of the reason for this is that the company didn’t have a big enough team to dedicate to this app and it teamed with a developer shop which was recently purchased by Google.

If you didn’t know, Facebook Places is similar to Foursquare in that it enables users to check-in to locations and broadcast that with friends. This had previously been available only within the iPhone app and through mobile, location-aware browsers but Android users will soon be able to check-in via the app.

This should also include improved ways to tag which friends are checking in with you, as well as give you access to Facebook Deals.

The updated Android app will also give users access to Facebook Groups, which enables users of the social network to create private or public lists of friends or acquaintances. I haven’t used this that much but it’s a nice feature to have on the go, I suppose.

We’re anxiously awaiting the release of the update and the parity of the apps may be a sign that the company is finally taking Android seriously. That would make a lot of sense too, as the little, green robot is outselling the iPhone and the momentum isn’t expected to stop anytime soon.

[Update] I just downloaded it right now for the myTouch 4G and it looks pretty darn slick. We’ll let you know what else is new once we’ve had a chance to test it thoroughly.

Facebook's official iPhone app is getting an update that will include support for groups, as well as expand the functionality...