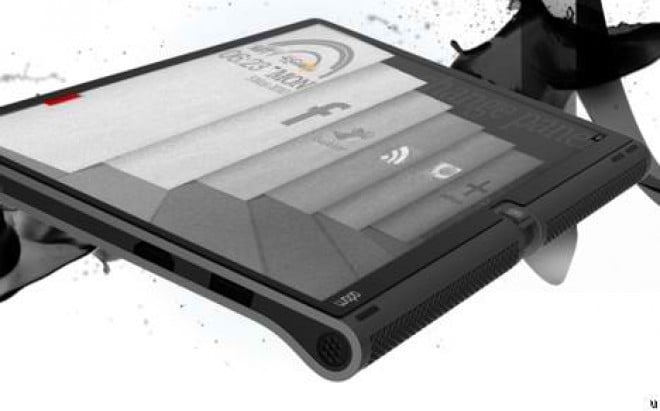 While we’re waiting on the new Notion Ink logo to be announced, we’ve got more details pertaining to the Android-powered Adam tablet. The device is currently on track and could be in your hands sooner than you think.

While some may not consider this necessarily good news, the Adam will ship with Android 2.2 Froyo on board. Many people will want Android 2.3 Gingerbread or Android 3.0 Honeycomb on the Adam, but Froyo is still good enough for now,  even if it isn’t optimized for tablets. That said, the Adam will be updated as soon as the Google pushes out updates to its mobile OS. Since we know that the Adam will run some sort of custom UI, we’re thinking future Android updates may be delayed (at least slightly).

The Adam is also on track at the FCC, and we might be able to get it in our hands before or around Christmas time. Well, that’s the more promising estimate, and if they don’t hit the Christmas goal, they say it will debut at CES early next year. We’re certainly hoping for a pre-Christmas launch, but CES is on January 6th, so we won’t have to wait much longer if it doesn’t make it for the holidays. If all does go according to plan, you’ll be able to pre-order the Adam in early December for those who just can’t wait to give Notion Ink your money.

The logo will be officially announced this weekend, as they need to contact all the winners first. We’re excited to see what the logo is, but we’re definitely more excited on the chances of getting the tablet before the end of the year in all its Pixel Qi goodness.The Adam is certainly one of the best tablets we’ve ever seen in the specification department, and with little hints of what the UI will look like, from the tabbed browsing to multitasking, they make it all the more appealing.

Anyone looking to pick one of these things up when it launches?

The MyTouch 3G Froyo OTA is underway, but T-Mobile just extended the update completion window to December. Those of you...