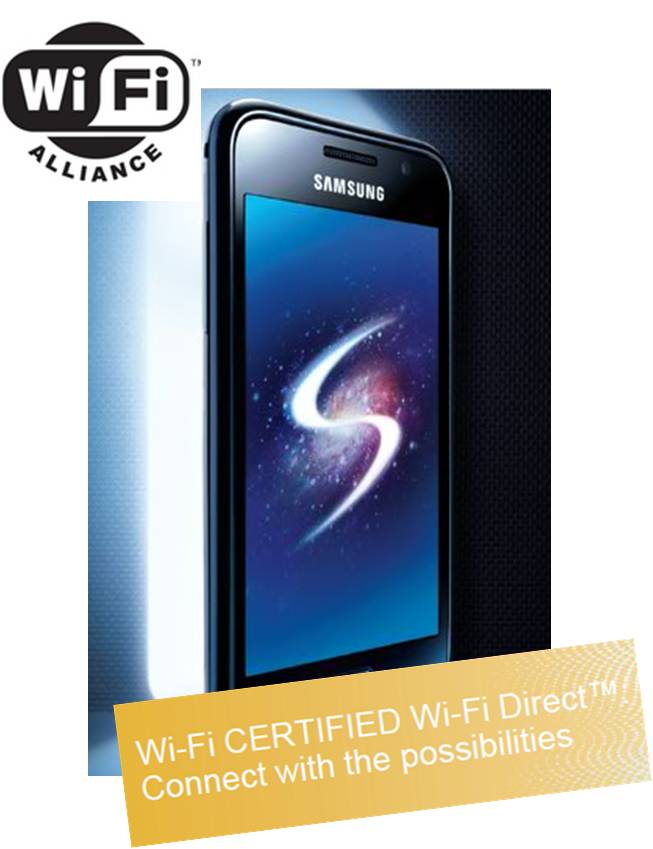 The Samsung Galaxy S I9000 will be the first handset to use the new Wi-Fi Direct standard, enabling machine-to-machine data transfer without the need for a wireless hub. The Wi-Fi Alliance had said in October of ’09 that many in-market devices would be forwards-compatible with the new standard, so expect a couple more handsets to have this feature unlocked in an upcoming firmware update.

It seems to me that the applications for this technology would be similar to DLNA, that is, sharing media from your phone to your TV and/or stereo system, but Wi-Fi Direct will also be used for device syncing, multiplayer gaming, printing, and whatever else developers can think of. Once more devices become Wi-Fi Direct-certified, it may become a nice alternative to Bluetooth for transferring large files, though it likely won’t take over the audio functions that Bluetooth has become famous for.

For a closer look at Wi-Fi Direct, take a look at the Alliance’s info page.