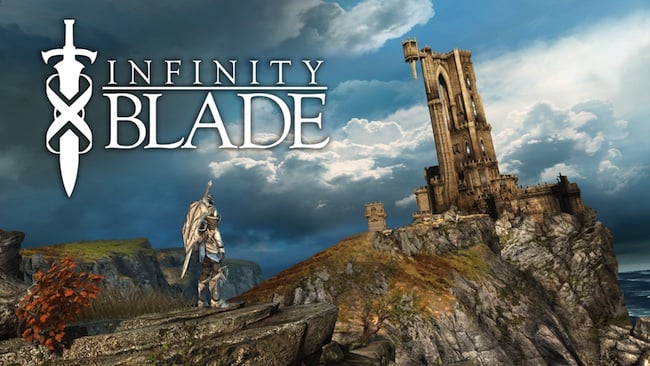 Back in September’s Apple Event, not only did Apple show off Game Center, but Epic Games took the stage to show off what the Unreal Technology could do on the iOS platform. The game that was shown was called “Project Sword” at the time, and it blew my socks off. Now Epic Games has not only renamed the game to a much cooler sounding “Infinity Blade”, but they’ve also released a new trailer showing the game in action as well as some new screens and info regarding the game.

Infinity Blade is being developed by ChAIR Entertainment, which if you played Shadow Complex or Undertow on the Xbox LIVE Arcade, then you’ll know what to expect in terms of quality. The game is an action-RPG sword fighting adventure which features a number of sword battles and epic boss fights set in a fully rendered 3D castle. It should go without saying by the screenshots and trailer that were released that the game looks absolutely gorgeous and certainly raises the bar for every game on the iPhone in terms of its graphics.

The game will ship with a robust single player mode which features an intuitive combat interface that uses simple touch controls and it promises to allow both hardcore and casual gamers to engage. As players progress through the game, they’ll earn experience points which can be used to build their stats, such as strength, speed, protection, and magic, as well as earn more powerful items. An update is planned for after Infinity Blade’s release to offer a fully integrated multiplayer mode which allows players to challenge friends and other challengers online through Game Center.

As of now, no price or release date has been confirmed, but if you absolutely need to play Infinity Blade, then I recommend you check out Epic Citadel. There’s no real gameplay to it, but the app shows off the technology that will be used in Infinity Blade, so it should whet your appetite for the time being.