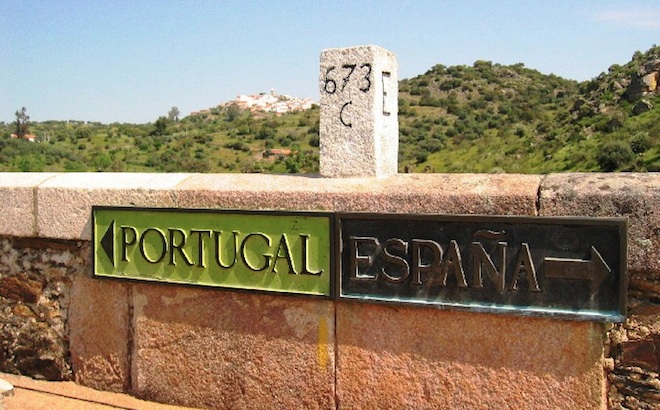 The European Union is slowly turning into something resembling the United States and that has many people, myself included, becoming terrified at the idea that the cultures and traditions from the olden days are going to disappear. Hyperbole aside, the Euro is the best thing to happen to this continent since the Romans built roads. Having one currency that can be used across a large number of countries makes trading goods incredibly simple. There’s a small problem though. Say you’re Spanish and you want to cross the border into Portugal. It’s only a short train ride away, and some people can even make the journey via their car, but once you get to your destination you immediately get slammed with roaming fees. Spain and Portugal have had enough and they’re now trying to eliminate the useless charges operators are forcing on people who go back and forth between those two nations.

José Sócrates, the Portuguese prime minister, and José Luis Rodríguez Zapatero, the Spanish prime minister, will be meeting next month to try and make this dream into reality. The European Commission has also been trying to get roaming charges to either be eliminated or dropped to as close to free as possible between all EU countries so that the economic powerhouse can act as a single market. We’ve seen this sort of talk before with a proposal that all EU countries free up the digital dividend band (800 MHz) by the start of 2013 so that a continental wide high speed wireless network can be built and used by all Europeans.

Whether or not this happens, it’s why many people carry a bunch of SIM cards and the rise of the dual SIM handset is taking place. Now that traveling across the EU presents little to no friction, today’s young people don’t really care about borders. Here’s hoping mobile operators will soon sing the same tune.

Last we had heard from the government of India regarding lawful interception of BlackBerry data is that they had partial...