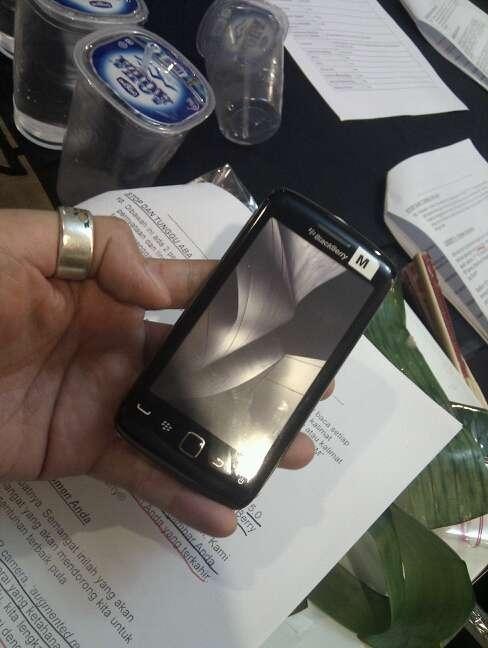 An anonymous tipster has suggested that the big 3.7″ BlackBerry Storm we saw with a trackpad will in fact be running the operating system made by QNX found in the PlayBook tablet. We were fairly certain this transition was going to happen eventually, and jives well with rumours we had heard back in July. The same source confirms suspicions that the new Storm will not have SurePress, and suggests that it will meet the PlayBook’s standards for the QNX OS (like 8 GB of storage space, 1 GB of RAM, and a 1 GHz processor).

In all honesty, if I could put this post in the “Rumors” category twice, I would. There’s no hard evidence to support the claim, and the source of the rumour has no real established history. Still, the way the post worded that OS 7 at one point was going to be a stepping stone to QNX on BlackBerry handsets is pretty much exactly what I heard back at DevCon when a VP told me that this was RIM’s plan in the long run. The only difference now is that it sounds like OS 7 will actually be QNX, rather than just a stop along the way.

We’re still not sure when this device will actually hit the market, but if does ship with the QNX operating system, it really can’t come soon enough; it represents a whole new bar for BlackBerry, and once it lands on phones, it will obliterate people’s notions of the platform being tired, old, and slow.

Anyway take this rumour with a big ol’ grain of salt for now, and we’ll keep our eyes peeled for any further confirmation.

BlackBerry PlayBook to be Priced Under $500

RIM's co-CEO Jim Balsillie has confirmed that their upcoming BlackBerry PlayBook tablet will cost under $500. Whether or not that...