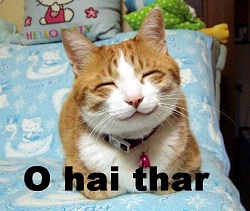 We all know that Apple has a habit of rejecting apps but one iPad maker got a nice little treat for having his program rejected: a personal call from Apple CEO Steve Jobs explaining the decision.

You can find the details on this blog, but a developer was working on an economy app for the Apple iPad and kept running into problems with the keyboard popping up where it shouldn’t. The developer attributed the problem to a bug on with the SDK itself and he used a private API to get rid of it.

That’s a big no-no in the world of Apple, as it routinely rejects apps which use private APIs, even if it is to fix bugs. The Apple iPad app was rejected and the developer filed an appeal because he was just trying to use the private API to fix a bug.

The iPad developer said the followup from Apple was good but the company still rejected.

“A couple of hours after I sent the email, I was at a noisy soccer (for kids) arena when I heard my iPhone ring. The caller-id, the caller saying ‘Ram, this is Steve’ and that he was calling from Apple did suggest that it could really be Steve Jobs,” the developer wrote. “He confirmed it when I asked.”

It’s a nice little move and the iPad developer did re-submit his app later without the private APIs and it was accepted. I don’t expect Steve Jobs to personally call every single developer that gets rejected but this was a cool little event, if it really happened that is.

Apple has been much better with its App Store policies, even though some would say it’s way too rigid. At least some of the policies are out in the open now.

The guys at GetGlue have updated their mobile check-in app for just about everything with a handful of usability improvements....