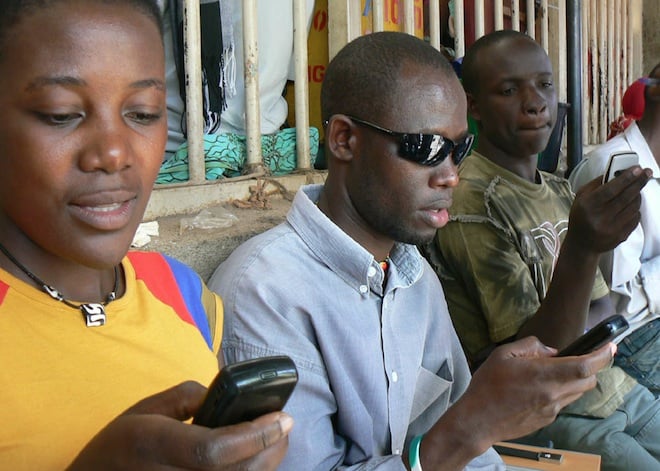 Africa, a continent that’s highly diverse with nations that are well off while others maintain the same living standards that people had several centuries ago, has just crossed an impressive threshold. There are now over half a billion mobile subscriptions, giving people such rich services as mobile banking, reminders to take medication to treat AIDS and malaria, and so much more. Africa accounts for 10% of all mobile subscriptions and the amount of users they have grew 18% year over year. All of this is thanks to companies like Nokia who build handsets like the 1280, one of the cheapest mobile phones on the market, as well as Vodafone with their 150 and 250 models that can be had for less than $20.

“Although the rate of growth in mobile subscriptions in Africa will slow as markets mature, the continent continues to offer great opportunities for investors in the voice segment in under-penetrated markets and also in the non-voice segments with mobile broadband and mobile-money services taking off,” says Thecla Mbongue, Johannesburg based Senior Analyst at Informa Telecoms & Media.

“By 2015, there will be 265 million mobile broadband subscriptions in Africa, a huge increase from the current figure of about 12 million, and accounting for 31.5% of the total of 842 million mobile subscriptions that the continent will have in five years’ time, according to forecasts by Informa Telecoms & Media. There will be almost 360 million users of mobile-money services on the continent by 2014.”

People call Africa the “dark continent” due to the terrible infrastructure that forces operators to run their cellular networks with disel powered generators. It’s still not cost effective enough to build out solar or wind powered towers, with T-Mobile USA saying it’s roughly triple the price compared to normal solutions. One day things will change, just like what happened to China, who is now on track to become a dominate superpower by the end of this century.

Optus is joining a number of other mobile operators to launch a Telmap-powered navigation solution. Just like that's the case...