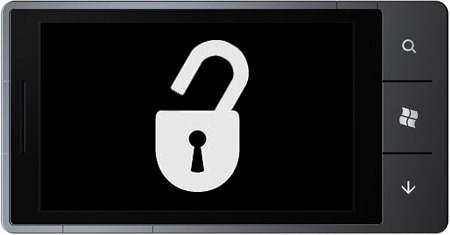 Despite the discovery that Windows Phone 7 devices can indeed tether (share its wireless data connection with a computer via USB cable), there are a lot of possibilities for a WP7 jailbreak. Well, today it looks like the Windows Phone 7 platform will get its jailbreak on in the near future, as WP7 devs have already confirmed that they’ve hit the first major milestone on the way to jailbroken nirvana – they’ve managed to gain root access to the Windows Phone 7 file system. The next step, apparently, is to open up this file-system to unofficial, “jailbroken” apps that would theoretically endow the phone with snzzy new features – like, (cough, cough) cut-and-paste.

We’ve only been playing with the new Windows Phone 7 devices for something like a month, and the new Microsoft-powered smartphones have only been on sale in the US for a few days, but that hasn’t stopped eager developers from rooting around (excuse the pun) the Windows Phone 7 code in an effort to unlock the mysterious within. The first major discovery was made by hounsell from the ever ingenious XDA-Developers forum, who found that it was possible to install and run apps that use “native [Windows Phone 7] unmanaged code” (as opposed to apps built on Silverlight) on WP7 devices. Hounsell explained that the “Microsoft.Phone.InteropServices” DLL would give up root access if massaged in the right way.

Fast forward a bit and today we have developer Chris Walshie proving that jailbroken apps are a distinct possibility by using the developer sideload technique to install a WP7 app that runs native unmanaged code.

What does this all mean for the lay WP7 user? Well, you can expect to see a Windows Phone 7 jailbreak method going live in the very near future. That will inevitably be followed by jailbreak apps that will give your WP7 phone new powers. We imagine that a third-party jailbreak app store will become available to dole out said jailbreak apps – just as the iPhone relies its Cydia app store to serve up apps… apps that allow for things like unlocking the phone for use on other carriers and free (after a one-time app purchase) WiFi hotspot functionality.

Keep your eyes here, as we’ll let you know all the when’s, how’s and where’s regarding Windows Phone 7 jailbreak as soon as we hear it!