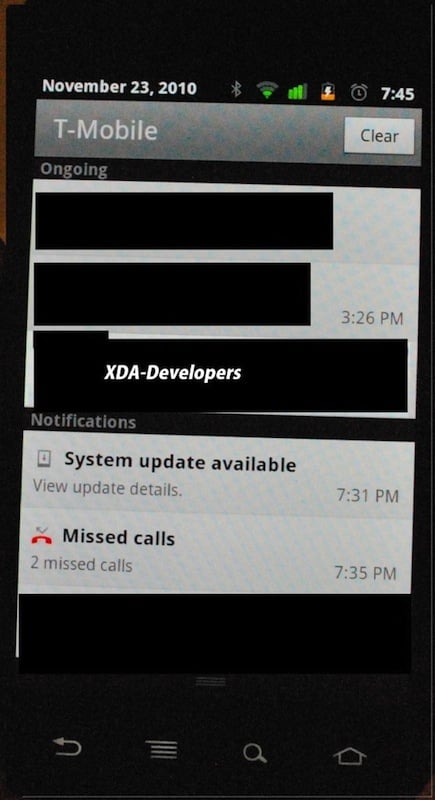 The upcoming Google Nexus S is one of the worst kept secrets in the history of Android devices. Not only was it shown off by Eric Schmidt, the CEO of Google, at the recent Web 2.0 Summit, but a number of pictures have slowly been trickling out showing us what this handset is capable of. At heart, the Nexus S is nothing more than a Samsung Galaxy S, meaning it has a 4 inch screen and that all black design that people either love or hate. I fall into the latter camp. We know it’s got a near field communication chip (NFC) inside, which could potentially be used for mobile payments, swapping contact information, and who knows what else developers will do with the new technology. We also know that it’s going to run Google’s latest version of Android, version 2.3, codename Gingerbread. That OS has yet to be announced and we mistakenly reported that Nexus One owners began receiving updates.

These new photos, supplied by XDA Developers, show off not only the ridiculous thinness of the device, but some hints as to what the next version of Android is going to look like. The colorful icons and new black theme looks downright luxurious, and while it’s a little bit too early to come to any conclusion, we’re sure that starting with Android 2.3 Google is going to be taking UI polish to another level.

When will Android 2.3 be announced? Any day between now and the end of the year. When will the Nexus S be announced? Same time table. How much will it cost? No clue, but judging by current Galaxy S pricing it’s not going to be a cheap device. We also don’t know how Google is going to sell it, either through the operator channel, retail, online, or a mixture of all three. Being one of the lucky million or so people who snagged a Nexus One when it was offered totally unlocked on Google’s own store, I’m hoping the same will happen with this thing.

[Make sure to check out all the photos on XDA Developers]

The Droid Incredible was such a successful device for Verizon and HTC that most Android fans are probably salivating at...