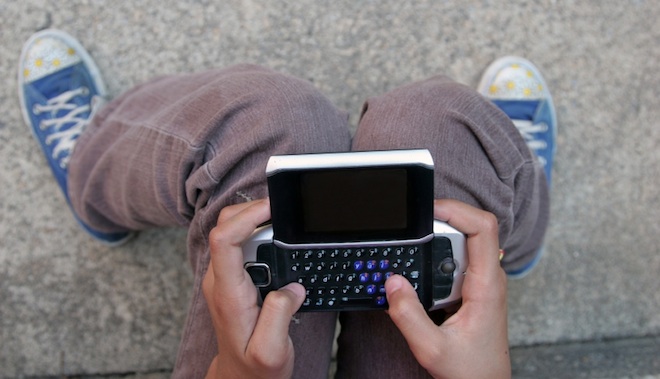 A recent survey of 269 students from Wilkes University in Pennsylvania has turned up some results that you and I might not find too surprising, but will probably send parents up the wall. Roughly nine in ten students admitted to sending text messages during class and half of those say it’s incredibly easy to do without getting noticed. They don’t even need to look at the screen. But wait, it gets worse: 10% of students say that they’ve texted during exams and 3% have admitted to cheating using their mobile phone. These are the kids who had the courage to answer truthfully, so that figure may be even higher. When the same set of students were asked whether or not they think they should be allowed to have their devices in class, 62% said they should be allowed to SMS as long as it isn’t causing a distraction. Shockingly 25% said they’d rather not have texters around them because it creates a distraction.

“There are people who can text and still be focused on class,” said Dan Kautz, a senior at the University. “If my roommate is short on quarters for laundry and wants to borrow some, of course I’m going to want to text him back right away and not hold him back for 40 minutes.” Poor roommate, 40 whole minutes! Later he added: “I know some people will sit there for the entire class just typing away, I don’t even know why they bother coming.”

This is what happens when your parents pay for you education and you have no idea how much money is really worth. I’m all for issuing bans on technology in the classroom. For all the good that technology gives us, it’s the old method of learning that teaches us the discipline needed to focus for long periods of time. Being in touch during all hours isn’t really that important … now we just need to convince these damn young kids of that.

Recommended Reading: “Growing Up Digital, Wired for Distraction” on The New York Times.

The Samsung Galaxy Tab is finding its way into the hands of hundreds of thousands of users, but since most...