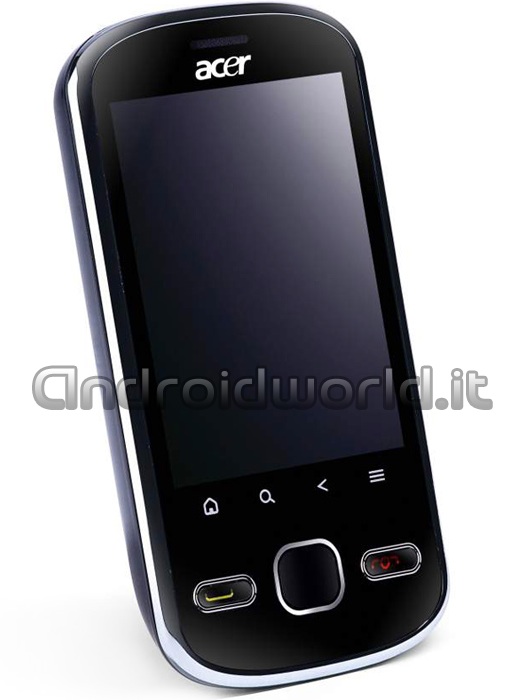 While Acer may not be a huge smartphone player just yet, they do like to tease us with high end specifications in devices like the Liquid Metal that sadly we never see in the wild. Here’s hoping that their newest creation, the beTouch E140, actually ends up on a store shelf somewhere. For just 200 Euros Acer is saying they’ll deliver an Android 2.2 FroYo device packing a 2.8 inch screen, but with a pixelated resolution of 240 x 320 pixels, WiFi, 3G, Bluetooth, 3.2 megapixel camera without flash, 600 MHz processor, most likely the older ARM11 generation, all in a package that measures 104.5 mm x 55.8 mm x 12.8 mm and weighs only 115 grams. No word as to whether this is the stock version of Android or if there’s some customizations on top, but for that price can you really complain?

The only other player that’s even trying to compete in this space is Chinese manufacturer Huawei, who with their Ideos not only manages to deliver the same specifications for 50 Euros cheaper, but also got itself a deal with T-Mobile USA rebadged as the “Comet”. The race to the bottom, that is the bottom end of margins needed to keep a company profitable, is on thanks to Google and Qualcomm who have in essense removed many of the barriers that have held back many from entering the smartphone space.

Whether or not these cheap devices end up penetrating the Western World is irrelevant, for many people in Africa, Asia, India, China, they’re going to get either the beTouch E140 or Ideos and have internet in their pocket for the first time. The services are also not going to be powered by operators or traditional handset makers, but Google of all people. Does it now make sense why they entered the phone game and why Nokia is trying as hard as they can to enter the service arena?

The Samsung Galaxy Tab is finding its way into the hands of hundreds of thousands of users, but since most...