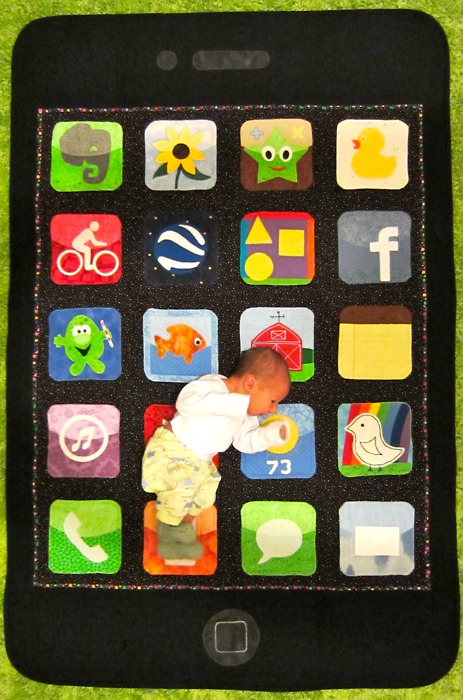 There’s a small chance that Gabriel Stein might grow up to be an Apple fanboy. After all, his grandmother put together an iPhone quilt just for him – and doesn’t he look totally adorbz in it?! We’ve seen iPhone cakes, cupcakes, chocolate blocks, pillows and costumes in the past. While those have all been quite cute, nothing made me say “Awwwwwww” more than seeing this little guy lying on a giant, cozy iPhone.

Now, I don’t want to go on and on about the iPhone and how so many things have been made in its image because it’s plain awesome, but I’d say that it’s far more cozy and comfortable than being in a cast iron skillet.

[Via: The Daily What]

It looks lime the long 3 month road that Epic Games' Infinity Blade has been on will soon be at...