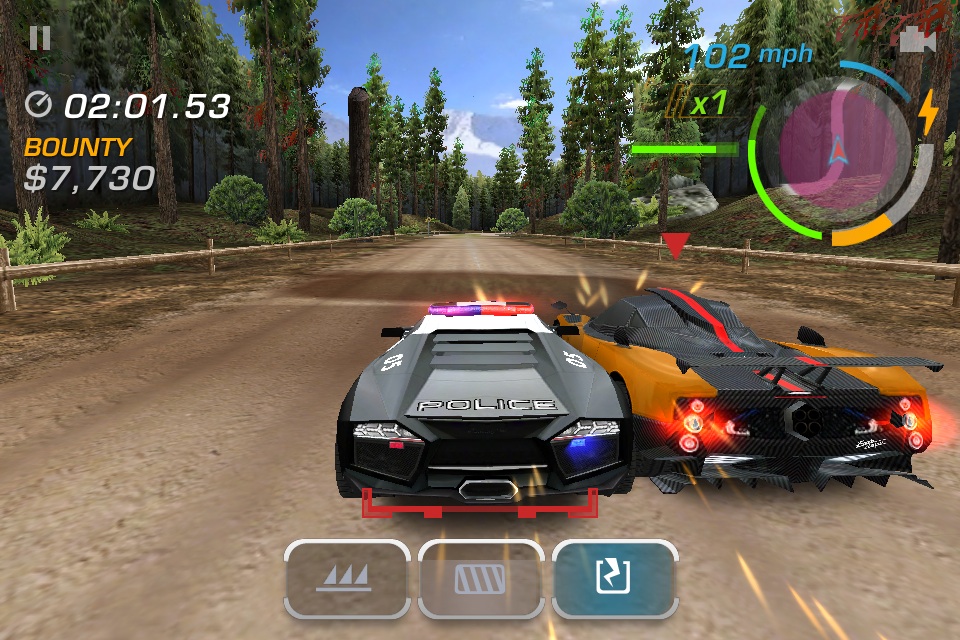 Back in early October, we reported that EA Mobile’s Need for Speed: Hot Pursuit would be hitting the App Store “soon.” The one thing I’ve been enjoying about covering mobile games is when a company says they’re releasing one of their titles soon, they really do mean soon. In the case of Need for Speed: Hot Pursuit, soon came rather quick as the game is now available for you to download on the App Store.

Need for Speed: Hot Pursuit for the iPhone allows you to assume the role of a police officer who is out to stop illegal street racing, which is about half of the experience of the recently released console version. The game comes with 24 career events where you’ll collect bounty as you progress through a number of races to move up in rank. You’ll be able to drive 15 real world cop cars as you use you pull off extreme moves like 180 degree spins, grinds, nudges, and drifts in order to bring down illegal street racers. You’ll also be able to use a number of weapons to assist you in bringing down racers such as roadblocks, spike strips, and EMP blasts that fry the racer’s electrical system.
Need for Speed: Hot Pursuit also comes with a multiplayer mode that can be played with your friends over local Wi-Fi and Bluetooth in a 1-on-1 Cop vs. Racer match. Each player will have access to 5 cop cars and 5 racer cars. The concept of the multiplayer game is simple: If you’re a racer, you’ll need to complete the race without getting busted. If you’re the cop, it’ll be your job to bust the racer, no matter how much lunch money he lent you last week. He’s an illegal racer  scum and he needs to be taken down, NOW!

Many of us believe that the Apple iPad and tablets will soon eat into the PC sales market but now...