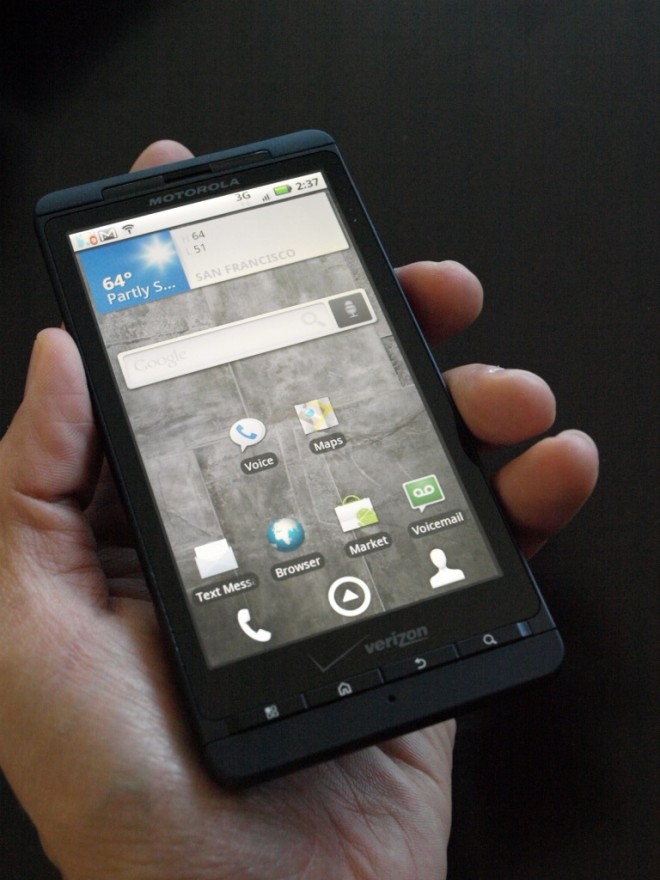 Android has exploded in a big way over the past year, and Verizon says that Google can thank the Big Red network for that. I’m sure Verizon would just love to take all the credit for Android’s success, but just how much of a role did the carrier play in the platform’s popularity and explosive growth? A lot, it turns out.

When Android came out, it was just so empty and bland to me. It doesn’t even look like the same OS we see today, whereas iOS pretty much looks the same as it did when it launched in 2007 (but with more icons). Additionally, the platform was available on some pretty lackluster handsets, so I generally avoided Android and waited for the day that it matured into a fully functional platform on some sexy hardware.

Enter the Motorola Droid. In November 2009, Verizon kicked off a massive ad campaign for the very first Android 2.0 device. Bashing the iPhone, Verizon and Motorola touted the Droid’s capabilities – ones lacking on the Apple smartphone – with the phrase “Droid does.” It certainly caught on quickly enough and that’s where I feel the Android surge began.

It was quickly followed up by the Nexus One, which wasn’t available on Verizon’s network, but its glory didn’t last long before the Droid Incredible was released some time around late March or early April of this year. The popular HTC smartphone very quickly sold out and shortly after leaks and news of the Droid X and Droid 2 came along. In between there were other handsets like the LG Ally, but for the most part Verizon’s portfolio of high-end Android devices really drove the platform’s popularity through the roof.

T-Mobile and Sprint were moving right along with the myTouch 3G slide and the HTC EVO 4G and Samsung Epic 4G, but it really was Verizon’s army of Android devices that stole the show. In fact, most people refer to Android handsets as “Droids” now – whether they belong to Verizon or not.

So while I’m sure there’s more to it than Verizon’s backing, Google most certainly has the carrier – and its strong relationship with it – to thank for the operating system’s success.

Android users with a Google Reader account can say goodbye to the web interface and hello to a dedicated application....