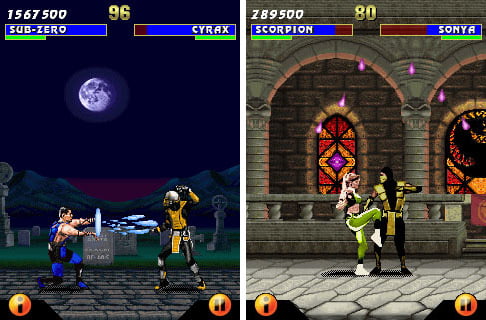 Just because you don’t own a high-end smartphone, that doesn’t mean you can’t play some cool games too. To be fair, modern smartphone games are way more powerful than their feature phone counterparts, but still – there are few good titles available for Java ME-enabled handsets as well.

One such game is about to hit the carrier decks around the world – Ultimate Mortal Combat 3. You know what it is all about, so I won’t explain the basics. You should, however, know it will come with 7 fighters from the original arcade game, including Scorpion, Sonya and Cyrax. “Key combos” will also be available along with five original stages, three different difficulty level and dual control methods — so that even the Mortal Combat newbies can enjoy killing their opponents…

And that’s about all we have at the moment. You can already start searching for “mortal combat” in your mobile operator’s the mobile app/game store or on some third-part store like Handango or GetJar.

For those of you running Madden NFL 11 for iPad, an update you've no doubt been waiting for has arrived....