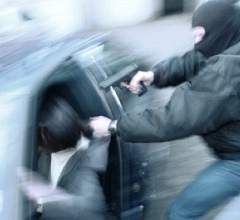 Lookout Mobile has well over two million users now, but I bet it never imagined that its security application would help locate a stolen car. That’s exactly what the mobile app did for a man who had his car stolen at gun point with his cell phone still inside the vehicle.

Stalin Guzman, a father from Paterson, New Jersey, says that he was out to get food for his family when a man threatened him with a gun for his car. Without much hesitation, Guzman gave up the vehicle and was immediately able to locate the car on his laptop thanks to his cell phone’s GPS, and the Lookout Mobile Security app.

It took Paterson police officers no longer than seven minutes to locate the thief and surround him. 27-year-old Marcus Sermond was immediately arrested by the police and is being charged with robbery and weapons possession.

When asked if this was the quickest bust for the police department, Detective Ron Humphrey of the Paterson Police Department said, “It was pretty good.”

We’ve seen plenty of situations where cell phones and mobile devices, mobile applications and quick thinking have helped those in dangerous situations, or even just locate lost cell phones in more minor cases. Guzman was very unlucky in that he had to experience something like this, but in an unfortunate situation he was lucky to have left his cell phone in the car and to have had a security application installed that allowed him to locate his phone.

There are several reasons to pick up security apps that allow you to locate and remote wipe your smartphone in the event it’s lost or stolen. Aside from protecting your $500+ smartphone and all the sensitive data on it, it looks like apps like Lookout Mobile Security can incidentally locate stolen vehicles, too–provided that the lost phone is in the car, of course.

Gmail for Android not sending your emails? Try this!

As an Android user, one becomes somewhat accustomed to broken apps, or just having random little things going wonky from...