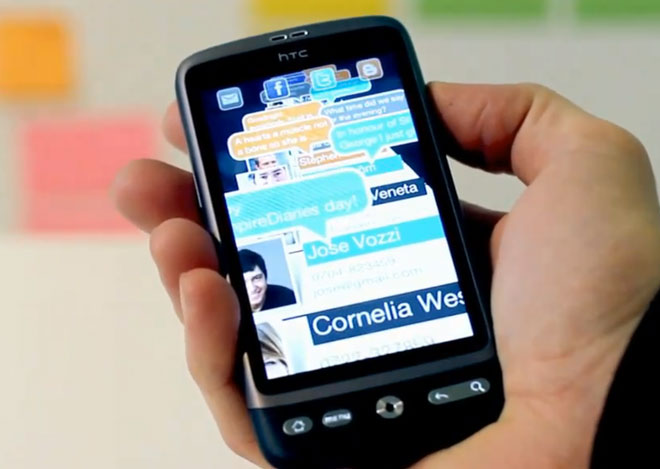 RIM has acquired well-known Swedish design firm The Astonishing Tribe. TAT has done a lot of mobile work in the past, including some live wallpapers for Android, some far-out concepts, worked on Symbian, and a lot of other really cool stuff. TAT also collaborated with Synaptics and a bunch of others on the Fuse concept phone, which had a really awesome user interface. All in all, their software can be found in about 475 million cell phones out in the world, even though you might not have heard of them. They generally can’t talk too much about specific products they work on, but considering how nice the BlackBerry Playbook’s UI is, I can’t help but think it was the fruit of RIM’s first contact with them.

Some of TAT’s most well-known work is 3D-enabled contacts and maps – simply tilting the phone reveals a whole new layer of information, which you can see above. Now that’s something I can’t wait to see on a BlackBerry. From what I’ve seen of their work, this is an excellent acquisition on RIM’s part, and though TAT will still be fulfilling previous obligations, in time other manufacturers will be missing out on an exceptional creative resource.

TAT’s stance has always been to work pretty exclusively with manufacturers, which I think mirror’s RIM’s strategy of working more closely with carriers than end-consumers (rather than around carriers, like Nokia, or over them, like Apple).

“We’ve always been passionate about great user experiences and the interaction between people and devices. Our software and concepts are used in hundreds of millions of mobile devices, cars and consumer electronics products.

Today we’re very excited as we are announcing that we’re taking a huge leap towards our vision to help create a full user experience for a great line of devices and products.

Today TAT has agreed to become a part of Research in Motion (RIM).

Of course we will honor our current agreements and service our existing customers and have taken all the necessary steps to keep the two commitments separated.”

“Today we are pleased to confirm plans for The Astonishing Tribe (TAT) team to join Research In Motion (RIM). We’re excited that the TAT team will be joining RIM and bringing their talent to the BlackBerry PlayBook and smartphone platforms.

For those who don’t know, TAT is renowned for their innovative mobile user interface (UI) designs and has a long history of working with mobile and embedded technology. TAT focuses on delivering great user experiences, from a design, technology, and usability perspective. Their design technology is used today in a variety of industries including the consumer electronics and automotive sectors. Examples of TAT’s UI designs and concepts can be viewed on their web site at www.tat.se.”

Anyway, here are a few samples of their work. Really impressive stuff.