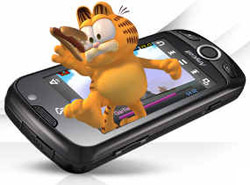 We know that major movie studios are all about 3D these days. Heck even the TV makers are keeping up with this growing trend, with handset manufacturers preparing to join the ride as well. In that sense, In-Stat released a report talking about 3D-enabled mobile phones and concluding that shipments of such devices will surpass 60 million units in 2014.

The research company expects that displays using autostereoscopic 3D technology will help drive the usage of 3D on mobiles. The mentioned technology allows users to see 3D content even without special glasses.

Moreover, smartphones are expected to play an important role in the adoption of 3D technology. According to In-Stat, 3D-enabled smartphones will represent 45% of all 3D-enabled mobile devices shipments by 2012.

Finally, it is said that tablets, smartphones, and handheld game consoles will incorporate 3D more quickly than other portable devices.

And you can get more information from In-Stat’s website from where you can also buy the report titled “3D in Mobile Devices.”

Aircel is bringing the Motorola Charm to India. The country's fifth largest GSM operator is offering the Android-powered smartphone for...