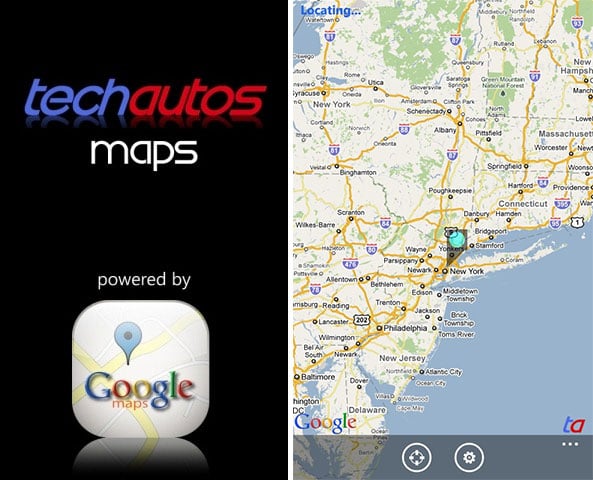 Google Maps is present on other major mobile platforms including BlackBerry, iOS, webOS, and of course, Android. Windows Phone, though, ships with Bing Maps only and a version of Google Maps is not yet available. Rather than wait for Google to develop an official version, TechAutos has developed a homebrew version of Google Maps for Windows Phone. Mostly a proof-of-concept, the application pulls down the Google map data and only shows your location. Future versions are expected to add search, address support, points-of-interest, directions, and favorites.

Currently, the Windows Phone app will only run on developer handsets and handsets that have been unlocked using the Chevron WP7 tool. Unfortunately, the ChevronWP7 tool has been discontinued and the certificate required as part of the unlock was hosted on ChevronWP7’s servers. Where there’s a will, there’s a way and xda-developers has archived both the unlocking tool and the security certificate. Instructions for unlocking your handset can be found here. Instructions for downloading and installing the XAP file can be found here.

Fro those that would rather not unlock their handset, you can checkout the screen shots above and watch a brief overview video below, courtesy of wpcentral (formerly known as WMExperts). Enjoy!

My absolute favorite sporting news and scores app, 'ScoreMobile', is coming soon for Windows Phone 7 Devices according to a...