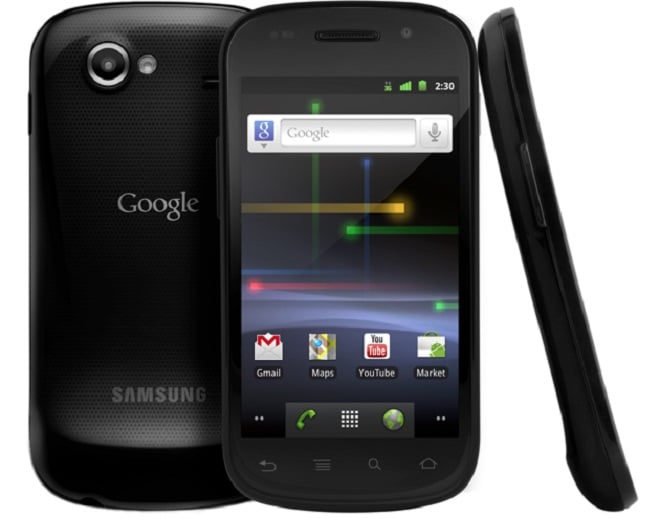 After weeks of rumors and Google’s CEO bringing it on stage at a conference, the search giant officially introduced its second smartphones, the Nexus S with Android 2.3.

As expected, the Google Nexus S is made from Samsung and it essentially seems like a modified Galaxy S with stock Android. On its blog, the search giant said, “As part of the Nexus brand, Nexus S delivers what we call a “pure Google” experience: unlocked, unfiltered access to the best Google mobile services and the latest and greatest Android releases and updates.”

Like the Galaxy S phones, the Google Nexus S sports a 4-inch display which the company is calling a Contour Display. This appears to be similar to the Super AMOLED displays with a 400 x 800 resolution but it’s curved a bit to fit better in the hand.

The Nexus S also has a 1 GHz Hummingbird processor and this is expected to provide a smooth experience considering this phone has stock Android on it. It also has WiFi (802.11n), 3G for T-Mobile’s 3G network, Bluetooth, and assisted GPS.

This is the first Google experience device which supports Near-Field Communication technology, which paves the way for easy mobile payments by swiping your phone against specific point-of-sales terminals. While this technology isn’t widespread yet, it may only be a few years before your phone can replace your wallet.

While this device appears to be one of the best Android smartphones out there, there are still some reasons to hesitate. After Dec. 16, it will be available online and from Best Buy stores for an undetermined price . Best Buy has announced pricing: $529 unlocked without a contract and $199 with a two-year plan.

While it should deliver a great experience, I can’t help but feel disappointed that the Nexus S can’t access T-Mobile’s HSPA+ or 4G network even though other Android phones like the G2 and the myTouch 4G can.

Amazon.com has a great exceptional offer for those of you who want to grab the Motorola Droid Pro from Verizon...