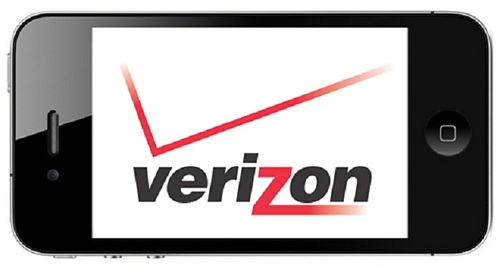 If you’re from the camp that believes a Verizon iPhone is just weeks away from release, there is an interesting rumor that says Verizon would be willing to pay to keep the Apple smartphone from Sprint and T-Mobile. Additionally, Verizon apparently thinks that Android is beginning to lose its charm and luster as the Apple iPhone picks up steam, according to Kaufman Bros. analyst Shaw Wu.

“We are hearing that Verizon … may be willing to pay for exclusivity to itself and AT&T. For these reasons, Verizon could be more willing to give in to Apple’s terms,” Wu said to clients this morning.

Now when Apple started shopping the iPhone around to potential carriers, word is that Verizon was the first pick. Given Apple’s desire for control over its product, Verizon declined and the manufacturer went with AT&T (branded Cingular at the time). Now that the iPhone has proven itself to be a major force in the market, both shaping the mobile landscape and selling in impressive numbers for AT&T, Apple has a little more leverage with Verizon.

Wu continues, “Apple is back in the driver’s seat with a record 14.1 million iPhone shipments in the September quarter helping AT&T gain share against Verizon over the last two quarters as Android starts to lose some of its luster (at least at Verizon). In addition, our sources indicate that Verizon does not believe the pending launch of BlackBerry 6 on its network is likely to have a material impact.”

And then there is this gem coming from Wu, “Last but not least, “we are hearing that VZ does not want iPhone, the hottest selling smart phone, available on T-Mobile USA and/or Sprint and may be willing to pay for exclusivity to itself and AT&T.”

Perhaps Verizon will have to do what it takes to keep the iPhone from hitting the other carriers while it tries to steal a bit of AT&T’s thunder.

If or when the iPhone hits the nation’s largest carrier, would you be willing to make the switch?

[Via: All Things D and Fortune]

AT&T is the worst carrier according to Consumer Reports

Consumer Reports is at it again with its U.S. carrier rankings, and AT&T has come in dead last. Last year,...