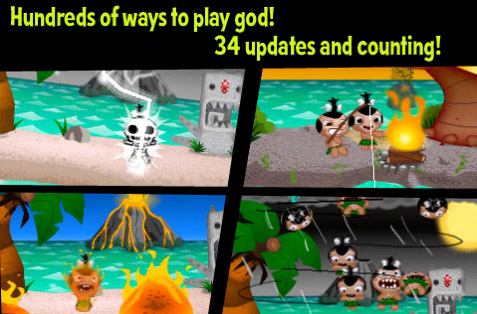 Bolt Creative, the company behind the super-popular title Pocket God, is teaming-up with mobile publisher ngmoco to bring everyone’s favorite Pygmies to Android and Windows Phone 7 platforms. Android smartphone owners should already be able to find the game in the Android Market, while those with devices running Microsoft’s latest mobile OS will get it “soon” — i.e. no specific date has been announced.

If you haven’t heard of Pocket God, you should know it’s one of the most popular iPhone games to date. It has received over 30 free updates that include mini-games and continues to impress both the newbies and those that have downloaded the game when it was in the episode 1.

The game is so popular that it has also spawned its own comic book, a first for any franchise born in the mobile app space. The mentioned comic provides a background story for the island and its seemingly immortal inhabitants…

Google Maps is present on other major mobile platforms including BlackBerry, iOS, webOS, and of course, Android. Windows Phone, though,...