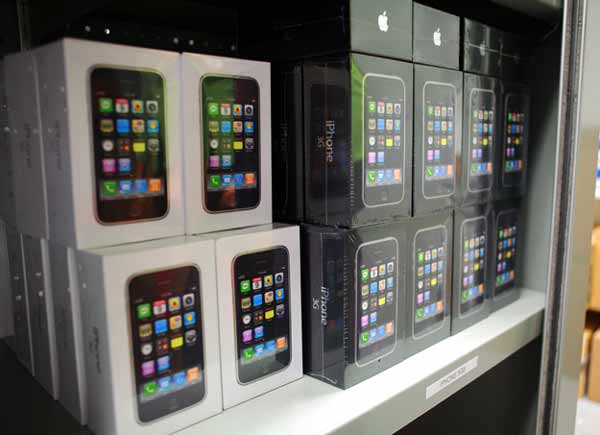 Pricing wars on the Apple iPhone 3GS may be heating up with Best Buy possibly beating Radio Shack’s $25 deal with a deal of its own. According to a rumor out of BGR, Best Buy is pulling out the stops on this promotion and is reportedly offering the 8GB version for free with a two-year customer agreement. This offer supposedly applies to new lines, additional lines, and upgrades It is Best Buy, remember, so the offer is available rebate-free.

Obviously, this deal is not for the power user as they are already rocking the iPhone 4 and dreaming about the iPhone 5. This deal is for the new smartphone user who wants an iPhone but was intimidated by the price or for the shopper looking to score the ultimate gift for their beloved relative, spouse, or significant other.

Doing the math, this is a pretty good deal. An iPhone 3GS available for free with a two-year contract will cost you $325, if you immediately cancel the associated AT&T plan and pay the full early termination fee. Each month you keep the phone, that early termination fee goes down by $10. After six months of service, you are down to a reasonable $265. If you can hold off for a full year, your ETF drops to a cool $205 and you can keep or sell your 3GS.

These figures, of course, are not the final cost of ownership as they do not include the monthly data and voice charges. The way I look at it – if you are going to pay to use voice and data with your aging BlackBerry anyway, why not take the plunge and check out the iPhone 3GS? It may be 1.5 years old, but it still supports most of the features of iOS 4.2 and for most people that is more than enough.

Even if you did not want the iPhone 3GS, you could try to flip it on eBay. A new 3GS is going for $350 to $400, so you could make enough for a night at the movies. Interested parties should be prepared to trek down to their local Best Buy Store on December 10th to take advantage of this offer. Supposedly stores will have ample inventory, so you don’t even think about camping out. Also remember, this is still a rumor so you may want to call ahead Friday and confirm that the sale actually exists. Unless, of course, you don’t mind looking like a deal-crazed, Apple-loving fool.