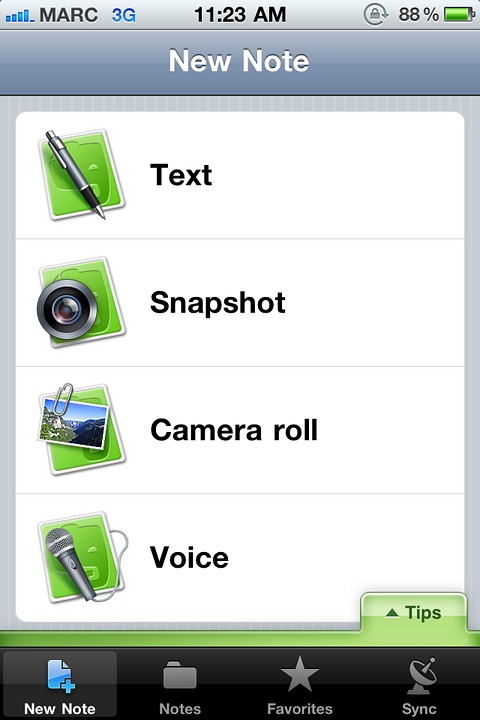 The nice thing about the companies behind some of the most popular mobile applications, like Evernote, is that they get to see some interesting trends in the mobile space. Evernote CEO Phil Libin has seen tremendous growth with his app on the Android platform versus iPhone, and there may be some correlation with handset purchases and activations. Of course, it’s hard to say for sure, but at least we know that Android is catching up to the iPhone in terms of platform usage and app growth.

Libin says that in the last six months, Evernote downloads are up 1000% for Android, but only 150% for the iPhone. This puts the number of users on both Android and iOS platforms much closer to each other with the iPhone keeping a very marginal lead over Android.

As we saw in yesterday’s U.S. smartphone adoption forecasts, the Google mobile OS and iOS will have the lion’s share of the market by this time next year, virtually tying each other in terms of market share amongst smartphone users.

While the quality of apps for the Android has gradually improved over the past few months, it seems that iOS still has a clear lead in terms of app polish and features. Apps that are available on the Apple platform are often more feature-rich than the Android counterparts, and many new features being added to applications seem to grace the iPhone versions first.

But with the rapid growth in Google-powered handsets and the spike in overall market share, developers ought to give the platform as much focus as iOS has been getting over the last two years. As the Android Market improves and PayPal payments become easier for app purchases, I wouldn’t be surprised if this time next year the Google apps were doing just as well as iOS apps in terms of overall sales and growth.

Samsung Galaxy S Series Will Get Android 2.3 Gingerbread After All

The status of Android 2.3 working on the Samsung Galaxy S series phones was somewhat in question, but a few...