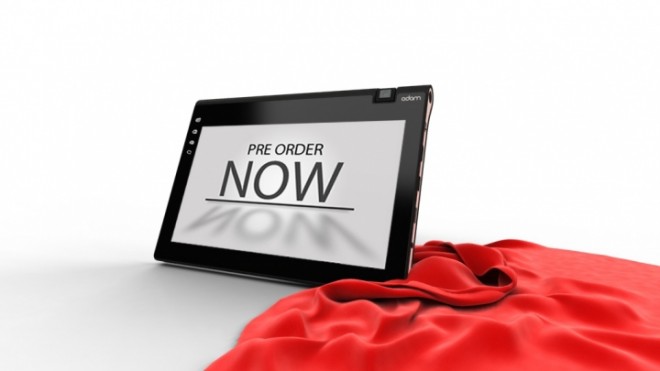 You’ve been drooling over the Notion Ink Adam for quite some time now, perhaps losing sleep refreshing its blog page every few seconds, and now you’ll finally be able to reserve one with your name on it. Of course, we pretty much knew yesterday that this would be happening. Apparently, your chances of grabbing one of these Android tablets is much higher if you were one of the first to comment on Notion Ink’s WordPress blog.

As promised, the first access would be given to those who had commented in this blog “before the last post”. To carry out this, all selected will be sent a confirmation email and pre-order link which will remain active for 6 hours from the receipt of that email (keep a tight view on your mail box including your spam filter!) Pre-booking for them will start at 10 December 00:00 AM IST. After 6 hours, it will be open to everyone (which would be 06:00 AM IST)! Let’s take a look at the image on the left.

It’s an interesting way of getting a product out at launch, but perhaps the exclusivity might spike demand. What helps a bit more is that those wanting an Android tablet really don’t have much to choose from — the only viable option right now is the Samsung Galaxy Tab, and while sales have been strong, some are holding out for better. Is the Adam it?

Notion Ink doesn’t like to call the Adam a tablet, but that’s precisely what it is. The company also claims that with its custom Eden UI, the version of Android you’ll be getting will be much closer to what Honeycomb is capable of versus Gingerbread.

What sorts of goodies can you expect from this tablet and how much will it cost you? Here’s what we mentioned just a few weeks ago about the Notion Ink Adam’s specs:

Here you’ll find a short description of the dual core NVIDIA Tegra2, the transflective display (Pixel Qi), 185 degree swivel camera, HDMI port, connectivity options, storage options, and Adobe Air and Flash support. Nothing we haven’t seen before, besides the Pixel Qi display, but we knew that was coming already.

According to Notion Ink, the pricing will be as follows:

It’s been a long time coming, and it’s been teaser after teaser, but it looks like Notion Ink is ready to get these puppies out. Who’s going to pre-order one?

Dell Streak owners who took the plunge and bought their device unlocked are likely already enjoying Android 2.2, and even...