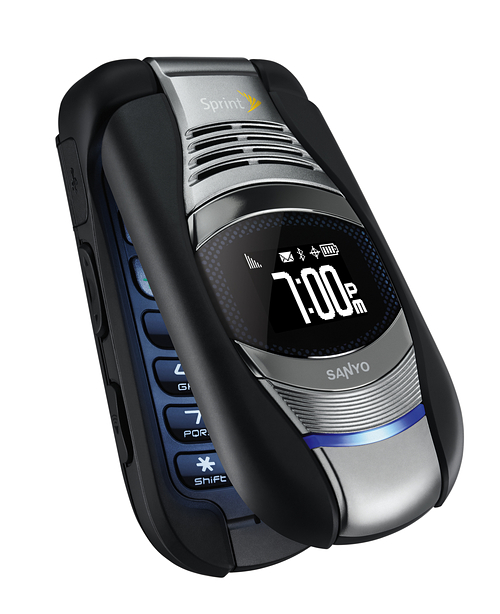 The Sanyo Taho by Kyocera for Sprint (say that ten times fast) is the first rugged phone that is totally submersible in water. It can survive being under one meter of water for up to 30 minutes without sustaining any permanent damage – perfect for those times when you drop your phone into three feet of water and can’t get to it until 29 minutes later.

This rugged beast will only set you back $99.99 after a $50 mail-in-rebate and a two-year contract, which isn’t bad at all given the phone’s claimed durability for those of you either in an industry that requires rugged phones, or if you’re just accident prone.

The Sanyo Taho has a 2-inch display, 256MB of internal memory with a 1GB memory card included (support for up to 32GB) and a GPS. It doesn’t have all the bells and whistles of a proper smartphone, but sometimes you need something that will take a beating more than you need to access your Twitter account and play Angry Birds.

For more details, check out the press release on the following page.

Sprint has no plans for tiered data plans

It looks like the trend is toward tiered data plans, as AT&T, T-Mobile and Verizon Wireless have implemented multiple ways...