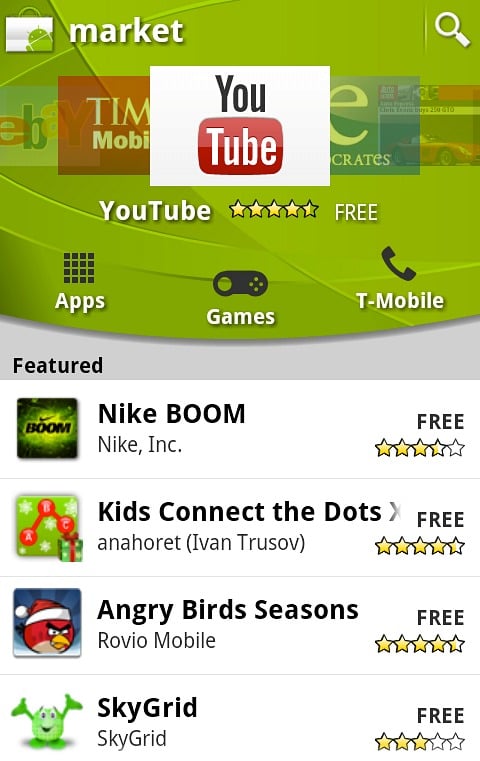 With Android 2.3 just days away from its official release with the Nexus S by Samsung, Google has decided that the Android Market should get redesigned, reworked and re-upholstered, too. Of course, we had a pretty good idea that this was coming as many changes were coming with the Android 2.3 Gingerbread update, too, but it will be hitting handsets with versions 1.6 and higher in the coming weeks.

So why the change now? Google says it’s all about discovering new apps and merchandising:

With a focus on improving discoverability and merchandising, we’ve introduced a new carousel on the home and category screens. Users can quickly flip through the carousel to view promoted applications and immediately go to the download page for the application they want.

The Android Market has been in desperate need of revamping for quite some time, so hopefully this change will bring easier navigation and overall cleanliness to the app store. One annoying thing I recall about the Android Market was all the wallpaper apps and widgets I’d find when searching for apps. I could type in “Twitter” and I’d likely see tons of widgets and extensions or add-ons before finding dedicated apps. It was annoying. Now Google is alleviating that by adding separate categories for widgets and live wallpapers. No more polluting our searches!

Devs won’t have to lift a finger to separate those categories, too, as Google says, “Applications that include Widgets and Wallpapers will be automatically added to those new categories.”

In addition to these changes, Google is also adding more information about apps on a single page so you don’t have to bounce around to get the details you want on a particular app. It’s also going to add app content ratings, and Google will shorten the amount of time one can request a refund on an app in the Android Market to 15 minutes. The search giant says that most users request refunds within minutes of purchase, so this will be ample time.

There are many more changes coming that ought to make the overall app browsing and purchasing experience cleaner, so stay tuned as the new Android Market rolls out to your handset and let us know what you think.

Plantronics launched InstantMeeting for Android and BlackBerry smartphones, the application that enables mobile professionals to easily access conference calls with...