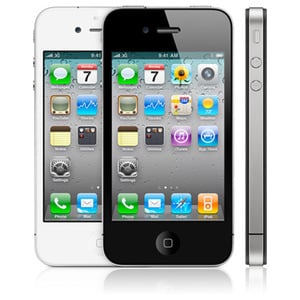 Verizon is rumored to be getting the iPhone some time next month, though many are still skeptical and a formal announcement has yet to be made by Apple. In the meantime, it looks like Verizon might need the iPhone more than ever according to a recent study.

ITG Investment Research analyst Matthew Goodman is forecasting monthly sales record for all of Verizon’s devices “based largely on our proprietary daily point-of-sale data from thousands of independent wireless retailers across the US.”

With the data, Asymco was careful to note that the findings may not be entirely accurate, but if it is, here is what is gathered:

It’s hard to determine the first point because Android devices for Verizon have been relatively strong, but AT&T has been posting record sales quarter after quarter for the iPhone. The second point is easier to argue because Verizon really does just provide a single OS — Android. Sure, it sells BlackBerry devices, but how do those compare with the army of Android handsets it has? Also, Windows Mobile shows some promise and Verizon isn’t carrying any of the Microsoft devices just yet.

Lastly, to say that Android is not competitive against iOS is such a lousy blanket statement. Of course, the author is only making the assertion based on information which he says may not be entirely accurate, but a quick look at the market share numbers would say otherwise.

Here are some additional points gathered from the study:

It’s pretty clear from the study that Verizon is having some trouble fending off AT&T and the iPhone. If the carrier were to start selling the iPhone next year, it could be a huge blow to AT&T who is constantly asserting its investors that losing iPhone exclusivity is not a concern. However, these numbers show otherwise–the only thing keeping the carrier competitive against Verizon is the Apple smartphone.

For more information on the study and to see additional numbers and comparisons between the two carriers, see the link below.

We've been seeing an awful lot of the LG Star recently, and today it has gone official - for South...