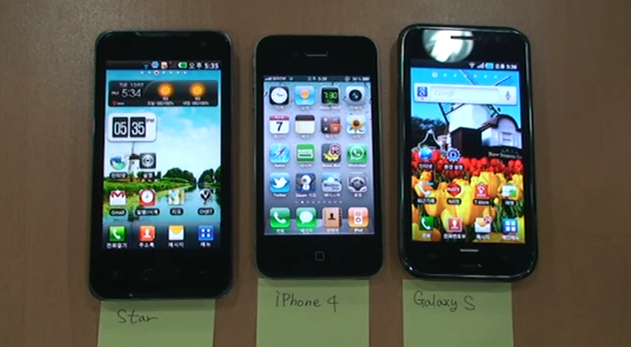 We’ve been seeing an awful lot of the LG Star recently, and today it has gone official – for South Korea, anyway. At least one local managed to get some time with the Optimus 2X SU660 to compare it with the iPhone 4 and the Samsung Galaxy S, and as you can see in the videos below, it does pretty damned well.

Even though the Optimus 2X isn’t running the pure Android experience as rumoured, it does run remarkably fast thanks to its dual-core Tegra 2 processor, and combined with HDMI-out, a rumored 4-inch 1680×1050 display, and an 8 megapixel camera, it promises to be a multimedia powerhouse. One can only presume that such monstrous hardware will be backed up by Android 2.3 Gingerbread, but it’s hard to tell at this point.

It’s reassuring to see RIM’s new focus on dual-core products to be validated by some awesome device performance (albeit in a competing product). Now all LG has to do is get this phone elsewhere in the world, and then we can start seeing other manufacturers pick up the pace.

We've felt that Microsoft has done a good job building the app ecosystem for its Windows Phone 7 but it...