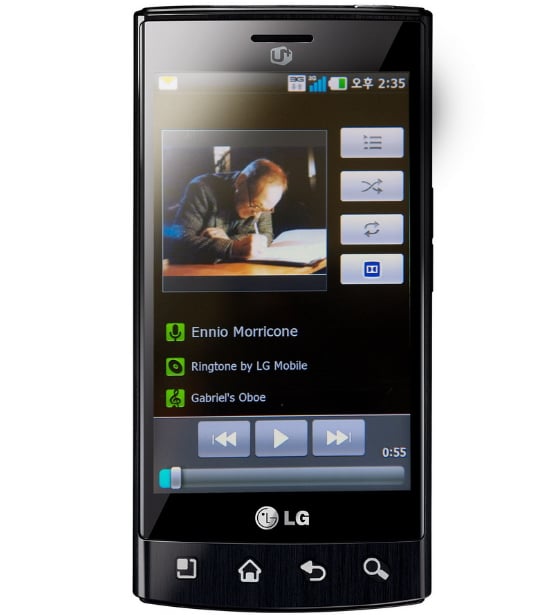 In addition to the Optimus 2X SU660, LG has announced the Optimus Mach LU3000 for South Korea as well.

It comes with all of the usual fixings of an upper-end Android phone, plus comes preloaded with a bunch of music by Ennio Morricone. Never heard of him? He’s an Italian composer who did such classics as the theme to The Good, the Bad and the Ugly, and had his work used in the Kill Bill series and Inglourious Basterds. From what I gather, he just composed some ringtones for the phone, but maybe there are a few full tracks on there too. (Google-translated press releases can be tough to decipher).

As far as hard specs go, the LU3000 has 3.8-inch WVGA display, Wi-Fi, GPS, HDMI-out, 1 GHz processor, and a 5 megapixel camera with HD video recording. Not a bad little package overall, but certainly not something we’ll be missing too much on this side of the pond. Optimus 2X / Star on the other hand….

Is the iPhone stealing Verizon’s thunder?

Verizon is rumored to be getting the iPhone some time next month, though many are still skeptical and a formal...