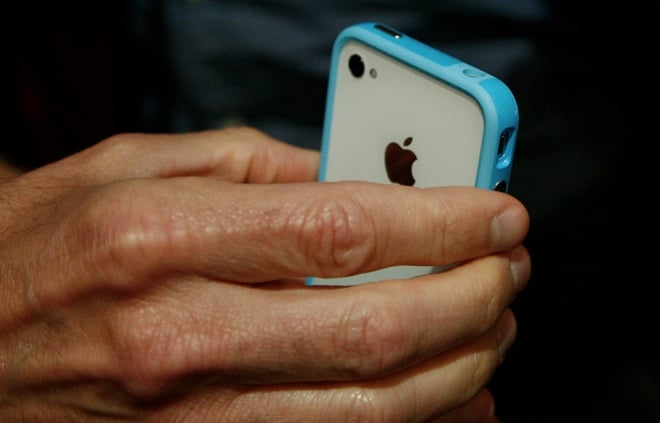 Mobile phone applications are the hottest things since sliced bread, but you don’t need me to tell you that. Earlier today we published a report from IDC that said 10.9 billion applications were downloaded in 2010 alone and that number is expected to hit 76.9 billion in 2014 when the market for smartphone software is estimated to be worth over $35 billion. Apple, looking to make applications even more popular, recently patented a way for people to share applications with their friends. Remember Palm and their infrared based beaming? Apple is doing something similar, but using the internet and local area connections made possible via WiFi and Bluetooth. Why does this simple feature deserve a patent is beyond me, but I never admitted to understanding the United State Patent System.

Anyway, along with making it easy for friends to share applications amongst each other, they can also try out paid applications without coughing up a single cent. Will that irk some developers? Hopefully not, since they can set a time limit as to how long a user can enjoy a fully functional version of an application. By getting more people to try a wider variety of applications, Apple is hoping to cure the number one problem with the App Store, and that’s discovery.

You’d think that Google, who practically invented search, would have an easier time organizing their Android Market, but they too struggle with the effects of what happens when success stories circulate around the net. Before you know it, everyone is developing an application in an effort to become a millionaire, there are 40 versions of the same game, and users are simply left frustrated and reluctant to add more apps to their mobile phone. With sharing, that changes. You trust your mates, and not only that, but they can also give you a demo while you’re chatting away at the pub.

DailyBooth is a novel service that asks users to snap a picture of themselves using the webcam that comes built-in...