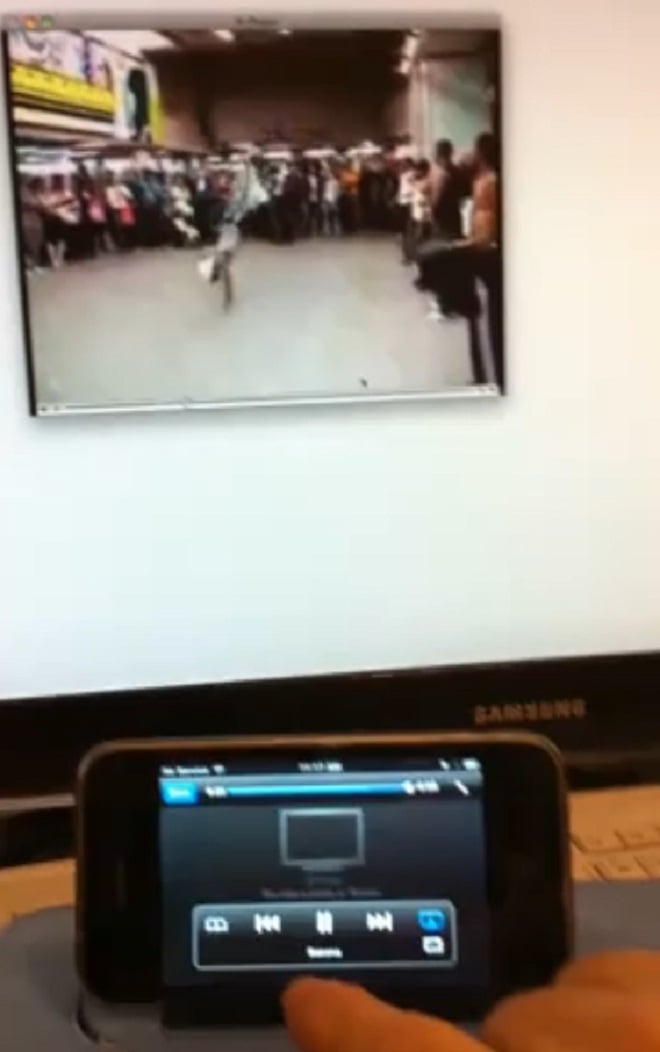 So, you’ve got the iOS 4.2 for your iPhone, iPod touch or iPad and really want to take advantage of the AirPlay feature but don’t own an Apple TV? Well, some new software will help you turn your Mac computer into an AirPlay device to share content with your iOS device without having to plug it in.

The AirPlayer software has been detailed by TUAW and it’s currently in alpha form. As it would with an iPhone and an Apple TV, the content is shared via a WiFi network.

The software definitely looks like it’s in alpha form, as you can only use sanctioned apps like YouTube right now, so I don’t know how useful it is right now considering you can get a better experience with YouTube on your laptop. Still, it’s a neat bit of software engineering and it shows some of the potential of AirPlay.

The ideal situation for AirPlay is something like this: you’re listening to some tunes on your iPhone while you’re on your commute home, as you walk into your house, it seamlessly transfers over to your home speakers. Let’s say you get a push notification from the updated Twitter app with a funny YouTube link, you can bring it up and stream it to your Apple TV for a big-screen experience.

That sounds awesome but we’ve yet to see multiple products coming out which support this standard, although that may change after the CES show. Still, this is kind of another example of Apple pushing its own standard even though something like DLNA is already supported by many devices and it could be easier to implement.

Ah well, let’s give AirPlay some time and we’ll see where it goes. I don’t know how useful AirPlayer is at the moment but feel free to give it a try and let us know what you think.

Mac users will be happy to hear that the official BlackBerry Desktop Software has been update to 2.0, including the...